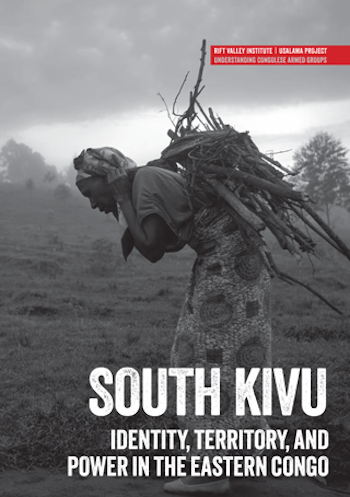 This Usalama report by Koen Vlassenroot outlines the historical dynamics behind the armed movements in South Kivu, focusing on the period before and leading up to the First Congo War. The province of South Kivu has been at the heart of the conflict in the eastern DRC. Since the end of the Second Congo War (1998–2003), the province’s potential to cause broader regional destabilization has decreased, but violent local conflicts have multiplied, fuelled by political opportunism and local struggles over land and power. The report concentrates on sources of local conflict but argues that these can only be understood when also concentrating on wider political, social, economic, and demographic processes at both national and regional levels.