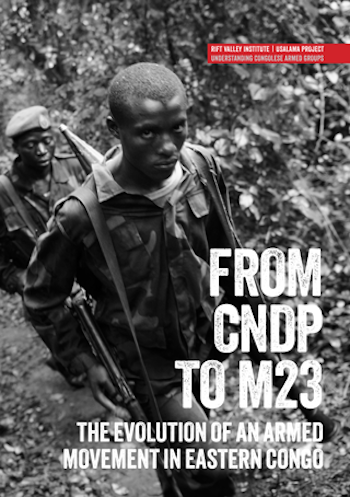 This Usalama Project report explores the 2012-2013 M23 rebellion in the eastern DRC. It also discusses the implications of the rebellion for the DRC’s eastern neighbours, Rwanda and Uganda, who have been accused of aiding and abetting the M23. ‘Despite the Congolese army’s sporadically strong resistance, well-armed M23 soldiers have dealt it several humiliating defeats and are trying to assemble a broad coalition with other armed groups in the region,’ says the report author, Usalama Project director Jason Stearns. ‘This crisis has the potential to destabilize the eastern DRC, as well as the government in Kinshasa, and has set in motion social and political dynamics that will be hard to reverse.’