Skip to main content
Talking Peace in the Ogaden|Home

Talking Peace in the Ogaden

Talking Peace in the Ogaden 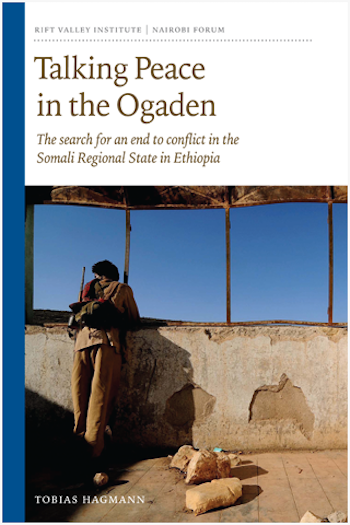 Talking Peace in the Ogaden outlines the modern history of ethnic Somalis in relation to the Ethiopian state from the late 19th century to the present day, and assesses prospects for a peaceful settlement between the Ethiopian government and the Ogaden National Liberation Front. Written by Tobias Hagmann, and researched by Rashid Abdi and others, the report brings us up to date on a 20 year-old insurgency waged by some Ogadeeni members of the larger ethnic Somali population in parts of the Ogaden region, which stretches across south-eastern Ethiopia and the borders of Kenya and the Somali territories. The report argues that international engagement and encouragement is needed to bring to an end a largely-hidden insurgency—and the counter-insurgency waged against it—that has cost thousands of non-civilian and civilian lives.