Skip to main content
Politics, Power and Chiefship in Famine and War|Home

Politics, Power and Chiefship in Famine and War

Politics, Power and Chiefship in Famine and War 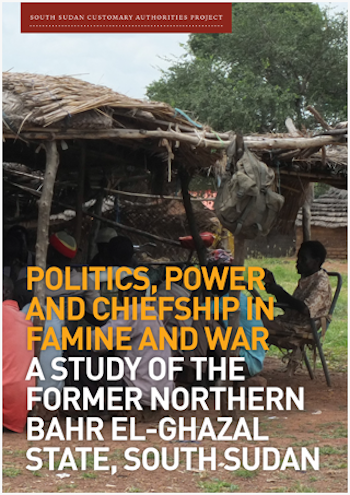 South Sudan’s civil war has spread across the country, fuelling economic collapse and food shortages, and sending millions of residents fleeing across its borders. Although the former Northern Bahr el-Ghazal State has escaped the worst excesses of the current conflict—in part because it is a supposed heartland of South Sudan’s ruling politicalmilitary elites—it is also deeply affected by, and embedded in, the current war. Politics, power and chiefship in famine and war investigates how customary authorities on South Sudan’s border with southern Darfur have managed repeated wars and famines since the 1960s, both for the communities that they claim to represent and for their own survival and benefit. It sets out chiefs’ and elders’ experience of negotiating successive states, rebel movements and local militias during times of famine, flight and fighting, concluding that chiefs and other customary authorities are a fundamental part of the political-military structures of power in South Sudan.