Now We Are Zero

Now We Are Zero 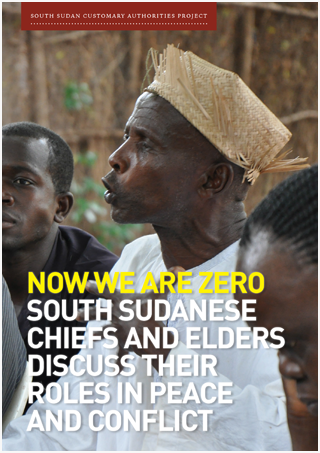 In April 2016, seventeen chiefs from different parts of South Sudan gathered in Kuron Holy Trinity Peace Village, in Eastern Equatoria, to discuss the role of customary authority in governance—past and present—and their own contribution to peacemaking and a future political transition. The Chiefs’ meeting at Kuron was the first time that traditional leaders from areas on opposing sides of the conflict had met in South Sudan since 2013. The discussions, led by the chiefs, lasted three days and covered a wide range of topics including the changing role of traditional leadership, the effects of war, the politicization of chiefship, customary law, security and peacebuilding. This report draws on a transcript of the discussions at Kuron to record the words of the chiefs on a number of these subjects.