The national army and armed groups in the eastern Congo

The national army and armed groups in the eastern Congo 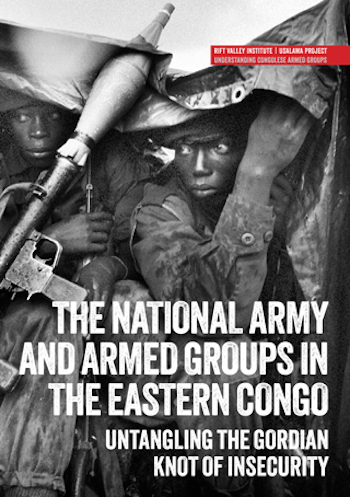 The Usalama Project is a gold mine of accessible information on Congolese armed groups. Its studies are, and will be, of great use for security sector reform in the Democratic Republic of the Congo.

The final report of the Usalama Project presents the conclusions of 18-month field research on the national army and armed groups in the eastern DRC in three parts: an analysis of armed mobilization, focusing on the region of North and South Kivu; an examination of the FARDC; and a critical review of past and current efforts in the field of demobilization and army reform. Written by Jason Stearns, Judith Verweijen and Maria Eriksson Baaz, the report finds that in the DRC’s current political order, the mobilization of armed groups and hence violence is an effective strategy to obtain power and control resources. Troubled army policies only contribute to armed mobilization. By repeatedly integrating armed groups into the FARDC, the government has not only provided incentives for further insurrection, it has effectively sanctioned impunity. Untangling this Gordian knot will require a comprehensive political and military strategy, aligning local, national, and international initia­tives.