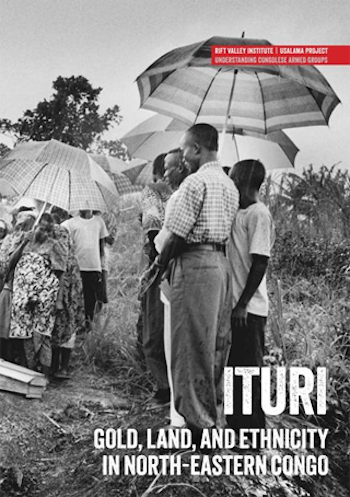 This Usalama report by Dan Fahey sets out the background to the years of conflict in Ituri district of the north-eastern DRC. The particularly vicious nature of war in Ituri––including large-scale massacres, widespread sexual violence, and the use of child soldiers––led to interventions by the European Union and United Nations, and prompted the International Criminal Court (ICC) to indict four of Ituri’s armed group leaders. Conflict in Ituri has been intimately linked to conflict in the provinces of North and South Kivu, and other parts of the eastern DRC, but it is also rooted in local histories of socio-economic relations and natural resource exploitation.