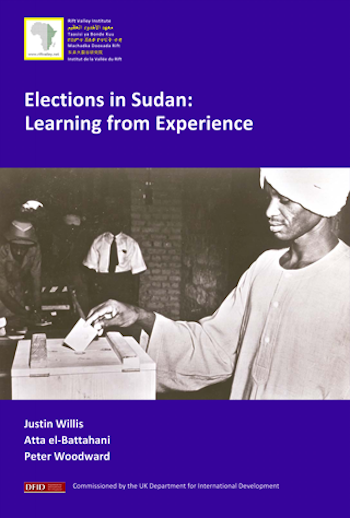 This report examines Sudan's history of elections, and asks why they have failed to produce the kind of stable yet dynamic government in Sudan that the secret ballot is intended to encourage. Elections in Sudan analyses the varied forms of malpractice that have compromised previous elections and contributed to public scepticism about the value and transparency of future electoral process. The report is based on interviews with current and former electoral officials and documentary records of elections held in Sudan since the early 1950s, including Sudanese newspapers and archives in Khartoum and Juba.