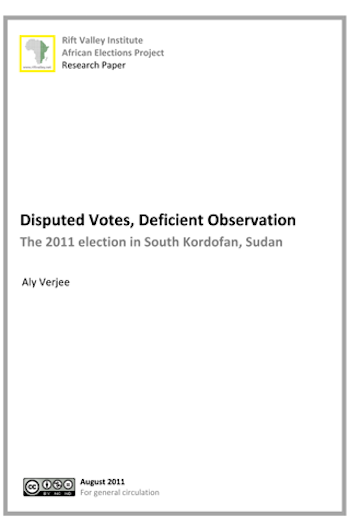 The war in South Kordofan, Sudan, that began in May 2011 followed a disputed election for the governorship of the state, an election endorsed by international and national election observers. This study argues that that there were significant deficiencies on the part of the observation missions. Irregularities were underplayed and critical lessons from Sudan’s past electoral history were overlooked. The electoral dispute and the inadequacies of the observers' reports both need to be addressed if there is to be a negotiated settlement of the conflict.