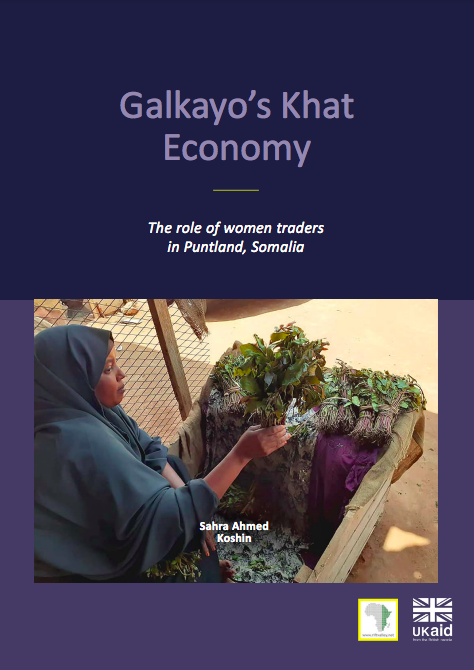 Following Somalia’s economic recovery from the civil conflicts of the 1990s and 2000s, the khat trade has become a prominent source of tax revenue, particularly in Galkayo, an important regional hub for commerce between southern/central Somalia and the Port of Bosaso, the principal port in Puntland.

The khat trade has provided unique opportunities for Somali women to enter business as small-scale traders and provides a means of survival and economic independence. The role played by women as khat traders, often the sole breadwinners in their families, increased their influence, particularly in the domestic sphere and led to the emergence of a small number of high-profile, wealthy women in public life, who often earn more than their husbands or close male relatives.

Despite the growing role of women in the khat economy, this report exposes the social, political, and economic determinants of gender inequality within Somali-speaking regions through reflecting on their participation in a lucrative trading sector like that of khat .

Galkayo's Khat Economy explores the social perceptions of women’s participation in the trade generally which remain mostly negative despite the attractiveness of the cash profits obtained via khat selling, highlighting the consequences of debt which often falls heavily on women sellers and traders.