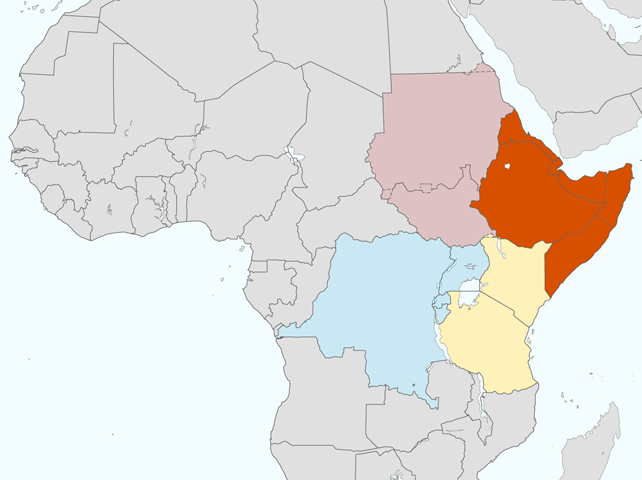 The RVI has worked in the Sudans continuously since 2001. The Institute’s first research project was an eighteen-month investigation of abduction and enslavement in South Sudan during the civil war. This study established new standards in the region for rigour in front-line human rights research. Subsequent RVI research projects in the Sudans have included field-based analysis of local peace processes in north and south, and studies of electoral processes and local justice. In the period between the Comprehensive Peace Agreement in 2005 and the independence of South Sudan in 2011, as part of its Contested Borderlands series the Institute commissioned and published two major studies of the north-south border zone, When Boundaries Become Borders and The Kafia Kingi Enclave. Studies of the Gambela Salient and the Ilemi Triangle are forthcoming.

Since 2004 the Institute has held an annual course dedicated to the Sudans, first in Rumbek, in Lakes State, and, more recently, in Jinja, Uganda. The Sudan Handbook  published in 2011, is a byproduct of the Sudans course. The Institute also sponsors an annual series of lectures at the University of Juba, in partnership with the Center for Peace and Development Studies.

In 2004, the RVI launched the Sudan Open Archive (SOA). SOA offers free digital access to knowledge about all regions of Sudan and South Sudan. It is an expanding, word-searchable, full-text database of historical and contemporary books and documents. The current version, SOA 3.0, features a number of special collections including a back-run of Sudan Notes and Records, Sudan’s flagship scholarly journal, and the collected papers of the late Sudan scholar, Richard Gray.

Since 2010, the RVI has been working with the Ministry of Youth and Culture in Juba on the conservation and digitisation of the National Archives of South Sudan, latterly with support from the Government of Norway through UNESCO.

The RVI collaborates with a range of other organisations in the Sudans. In South Sudan these include the Sudd Institute, the Gurtong Trust, the South Sudan Law Society and the University of Juba; in Sudan, the Institute of African and Asian Studies at Khartoum University and Partners in Development Services.