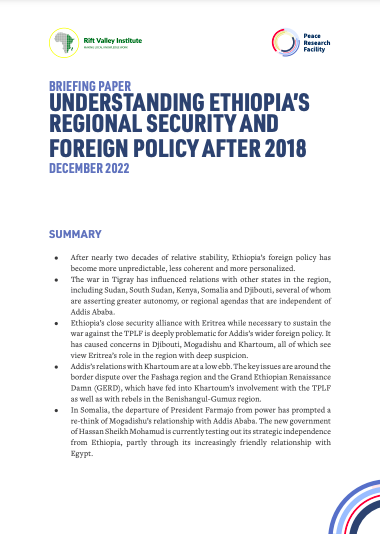 This briefing was produced by the Ethiopia Peace Research Facility (PRF). The PRF is an independent facility combining timely analysis on peace and conflict from Ethiopian experts with support for conflict sensitive programming in the country. It is managed by the Rift Valley Institute and funded by the UK government.