Skip to main content
Trade, taxes and tensions in the Somali borderlands|Home

Trade, taxes and tensions in the Somali borderlands

Trade, taxes and tensions in the Somali borderlands 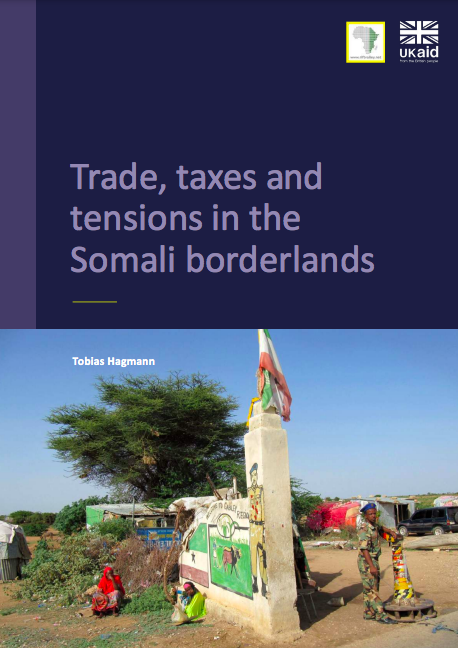 Cross-border trade is crucial for ongoing state building in the Somali inhabited Horn of Africa. This is significantly enabled by revenue collection at border crossings, which forms a crucial part of states’ finances in this region.

Cross-border trade is also a key factor in cooperation, and sometimes conflict, between states and the communities that live either side of the borders, or sometimes straddle them in the Somali inhabited region of the Horn of Africa.

The three case studies of cross-border trading, trade politics and state-making explored in this paper offer important insights into the relationship between trade borders and wider trade and transport corridors. They are: Lasanod—a disputed city on the border between Somaliland and Puntland; Galkayo—a strategic trade hub divided both by competing clan lineages and public administrations, namely Puntland and Galmudug; and the Gaashamo corridor—a series of small trade routes connecting Ethiopia’s Somali regional state with Somaliland.

Competition over trade corridors and trade derived taxes between neighbouring states/public administrations are integral to competitive state-building in the Somali territories. Both conflicts over trade revenues and the accommodation of local economic interests through tax bargaining are recurrent strategies.

Different types of taxation reflect various forms of (in)formalization and state capacity by the various authorities who do the taxing. These range from simple ‘personalized’ bargaining processes to more complex and differentiated trade and customs regimes.

In order to progress state building and economic life in the Somali territories, policymakers need to recognize the relationship between cross-border trade and trade corridor dynamics, including the land-sea nexus. They are also advised to harmonize competing corridor development in the Somali territories, including the building of new seaports and other trade related infrastructures.

Processes of trade formalization creates new winners and losers, requiring a more human-centred approach to cross-border trading that takes into account local commercial interest as much as state agendas.

There is need for long-term development of a fiscal federalism arrangement—built on commodity trading in the Somali territories. This should enable the redistribution of revenues from main corridors to the margins, thus encouraging more equitable growth.