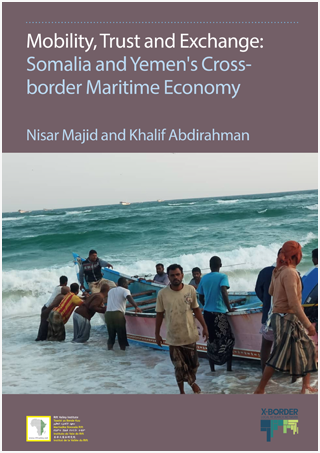 The legacy of Somali piracy, the threat of terrorists transiting between Yemen and Somalia, and the deepening conflict in Yemen, mean international actors tend to view the Gulf of Aden through a security lens. This report outlines the local social and economic relations that criss-cross the maritime border between Yemen and Somalia, and which, despite being less visible to international policy-makers, make an important contribution to the resilience of communities in both countries.

The aim of this study is to better understand the communal connections—based on trust and mutual accountability—that exist between populations in northern Somalia and southern Yemen, focussing specifically on the sea corridor connecting communities in the remote far north-eastern littoral of Puntland, a federal state of Somalia, with coastal communities in Yemen. Such connections are potentially very significant, as they help coastal communities adapt to regular periods of political volatility and conflict, including the ongoing Yemen war. It is essential, therefore, that policy-makers, researchers and those involved in the region, are able to gain insight into how these relations function, and whether external, global market-driven demands are putting a strain on them.

The report is a product of the X-Border Local Research Network, a component of DFID's CrossBorder Conflict—Evidence, Policy and Trends (XCEPT) programme. The programme carries out research work to better understand the causes and impacts of conflict in border areas and their international dimensions. It supports more effective policymaking and development programming and builds the skills of local partners. Khalif Abdirahman, the lead field researcher on the project, has also produced a blog documenting some of the findings from his research trip to the Puntland coast: How is Puntland Coping with Yemen's Fishing Boom?