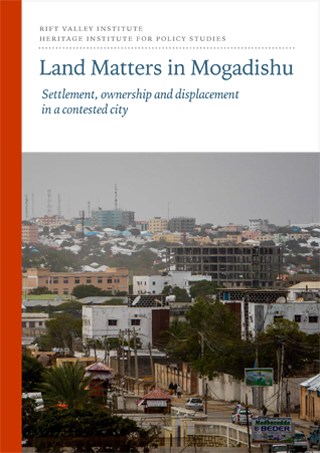 Mogadishu has for more than two decades been one of the most highly contested cities in the world. Since the collapse of President Siyad Barre’s government in early 1991, it has been the object of both military and political struggles almost without interruption. This report considers the current state of land governance and the nature of continuing land disputes in Mogadishu, which remains one of the most difficult and sensitive issues of the capital’s long process of recovery and normalization. Land disputes are not simply a result of the conflict that engulfed the city following the 1991 state collapse—land administration was weak and open to abuse long before the outbreak of conflict, and poor urban planning had prompted the disorderly growth of the city since the colonial period. Land Matters in Mogadishu argues for a sustainable, long-term and holistic approach to land and property rights. It concludes that, while there are no quick fixes, there are immediate steps that can be taken.