Skip to main content
Contested Commerce: Revenue and state-making in the Galkayo borderlands|Home

Contested Commerce: Revenue and state-making in the Galkayo borderlands

Contested Commerce: Revenue and state-making in the Galkayo borderlands 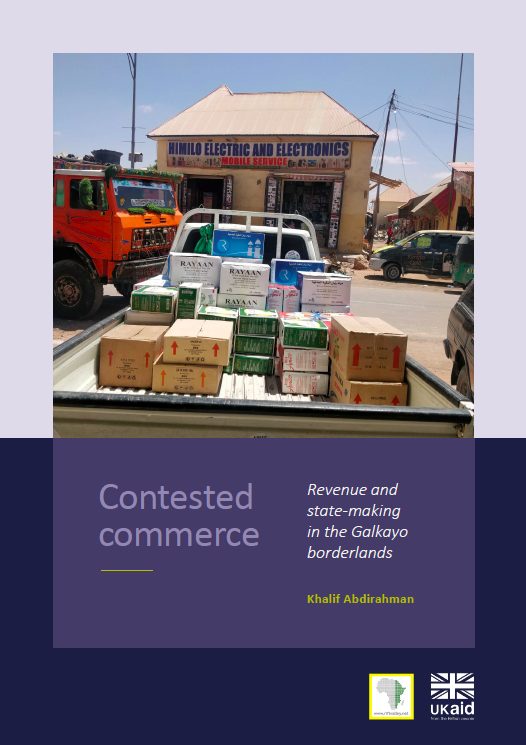 Situated between Somalia’s Federal Member States of Puntland and Galmudug, the city of Galkayo forms an administrative and social boundary within the broader Bosaso trade corridor, which encompasses Puntland, Galmudug and Hirshabelle. Located at the edge of Puntland but at the heart of the Bosaso corridor, Galkayo is a geographical paradox. The city is simultaneously peripheral and central to the economy of both states.

Galkayo has a violent history of recurrent political and clan-based conflicts, which have limited the development of its full economic potential. Despite this, its location at the geographical centre of Somalia, as well as its political, cultural and business connections with other Somali territories, make this divided city a vital conduit between various trade corridors and transport networks.

Confronted with restrictive borders, multiple tax regimes and security problems, Somali businesses are finding innovative solutions to overcome these obstacles. These include using technology for remote shopping and payments, and developing unwritten, yet well-known terms and modalities to transport goods across borders, thus creating a relatively stable business environment.

For the last two decades, the Bosaso corridor has been shrinking, yet still serves large swathes of territory beyond Puntland’s border, most visibly the Galmudug and Hiiraan regions. This dependence benefits Puntland, generating significant revenue and enhancing its economy.

Traders view Galkayo, its political boundaries and checkpoints, as chokepoints limiting the free movement of goods, and benefitting the officials who serve the Puntland and Galmudug authorities. These chokepoints increase the burden on the hinterlands, making their produce too expensive to export while simultaneously increasing the price of imports, hence marginalizing them further.

State governance systems and the monopolization of power through sub-clan militias have resulted in the marginalization and internal displacement of the majority of Somalia’s population, many of whom are excluded from political and economic activity. In order for the Bosaso trade corridor to gain optimal functionalization, not only goods but people must be able to move freely within it.