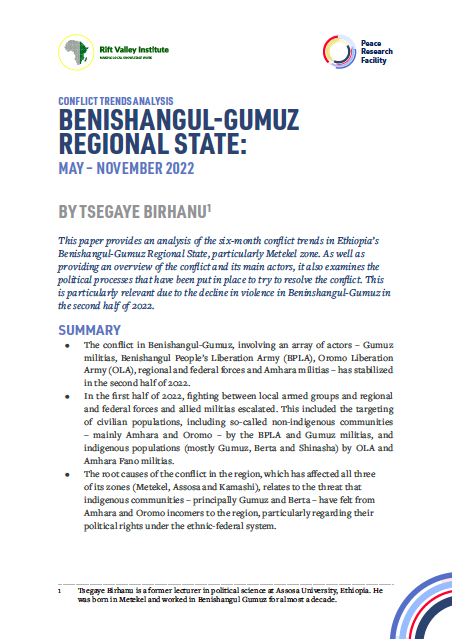 This paper provides an analysis of the six-month conflict trends in Ethiopia’s Benishangul-Gumuz Regional State, particularly Metekel zone. As well as providing an overview of the conflict and its main actors, it also examines the political processes that have been put in place to try to resolve the conflict. This is particularly relevant due to the decline in violence in Beninshangul-Gumuz in the second half of 2022.

This paper was produced by the Ethiopia Peace Research Facility (PRF). The PRF is an independent facility combining timely analysis on peace and conflict from Ethiopian experts with support for conflict sensitive programming in the country. It is managed by the Rift Valley Institute and funded by the UK government.