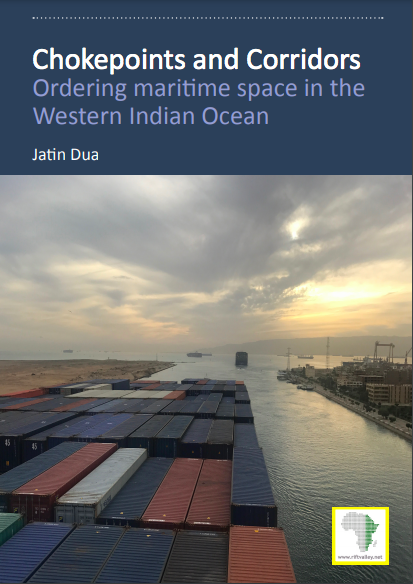 In the Horn of Africa there is a dynamic interplay between land and sea that has shaped political, economic and social relationships. Historical and contemporary instances of piracy in the Western Indian Ocean, at different times, precipitated a securitization of this maritime space and made visible the economic and political connections that tie sea to land. These events also reveal the many locations and actors involved in the ordering and reordering of maritime space.

This new report from the X-Border Local Research Network examines the ‘chokepoints and corridors’ of the Western Indian Ocean, particularly their influence on landed authority in the Horn of Africa. It argues that maritime spaces— zones of connection and activity (commercial and cultural)—should be placed at the centre of our understanding of the region, rather than seen simply as empty areas relevant only for transit.