Freedom of the press is a right enshrined in many democratic constitutions. The rights of freedom of speech and expression allow the media to fulfil their role of transmitting messages between the electorate and their chosen representatives, which enables them to hold the latter to account. There are, however, limits on these freedoms. The right of the media to exercise its freedoms does not extend to, for instance, incitement. There have been instances in the past where media outlets and journalists in countries such as Rwanda have been complicit in inciting ethnic violence. 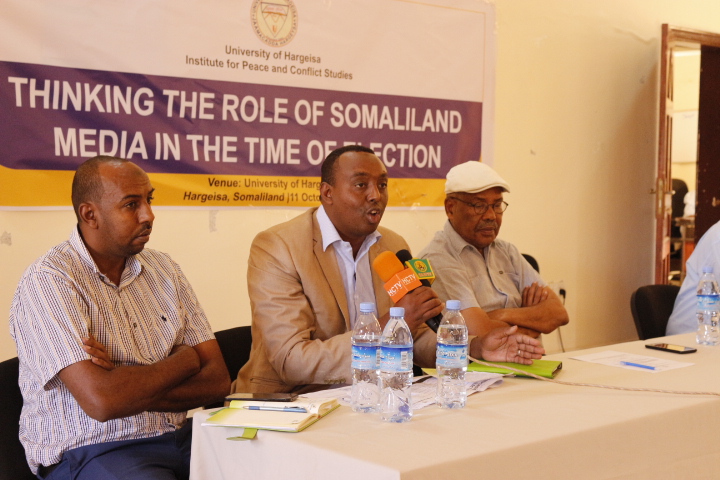 The Somaliland media increasingly enjoys editorial independence. However, they have not always managed to maintain their integrity. There have been instances in the past where journalists have recorded and published conversations with politicians that were formally held off the record. This has led to embarrassment for the officials and a reluctance to cooperate with journalists. In this context and in light of Somaliland’s general election in November 2017, there has been a lot of discussion about the role of local media in Somaliland and its electoral processes.

On Wednesday 11 October 2017, the University of Hargeisa in collaboration with the Rift Valley Forum hosted a panel discussion on what role the media can play in Somaliland’s election and how it can avoid inciting hatred and spreading propaganda. Experts and practitioners from a range of backgrounds participated in the discussion. Participants included representatives from the Ministry of Information, the Electoral Commission, the opposition, national telecommunications company Telesom, the Somaliland Journalists Association (SOLJA) and Somaliland National TV (SLNTV). The discussion was chaired by Dr Adan Yusuf Abokor from the Rift Valley Institute.