Skip to main content
Kenya and South Sudan: What next for the peace process?|Home

Kenya and South Sudan: What next for the peace process?

Kenya and South Sudan: What next for the peace process? 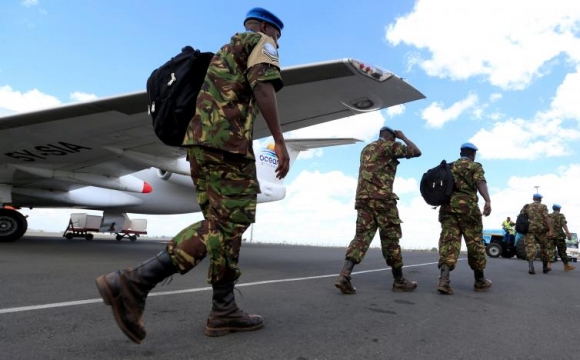 On 15 December 2013, just two-and-a-half years after South Sudan gained independence, renewed fighting broke out in the country that resulted in thousands of deaths and mass displacement.

The UN peacekeeping mission UNMISS struggled to contain the fighting. Despite the Agreement on the Resolution of the Conflict in the Republic of South Sudan (ARCSS) signed in Addis Ababa in August 2015, renewed conflict broke out in Juba in July 2016. Following an incident allegedly involving South Sudanese troops at Terrain compound, an internal UN inquiry criticized UNMISS military command, headed by Kenyan Lieutenant General Johnson Ondiek. As a result, the Kenyan UN Commander was dismissed. Kenya subsequently withdrew its peacekeeping contingent in protest in November 2016.

On 15 December 2016, the Rift Valley Forum hosted a panel discussion that brought together experts from South Sudan, Kenya and the Enough Project to discuss the implications and potential impact of Kenya’s withdrawal from UNMISS, and its continued engagement in the IGAD-led peace process.