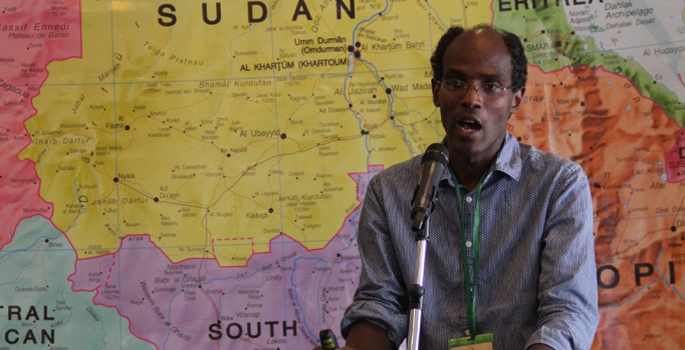 To make sense of current dynamics, this year’s Sudan and South Sudan Course, held from 4 to 9 June in Uganda, examines key themes of society, economy and politics in both countries at present as well as in their near and distant past.

The 2017 RVI field course on Sudan and South Sudan will survey the changing faces and underlying continuities of the two nations. As the United States moves to lift 23-year-old sanctions against Sudan, the United Nations Security Council is considering an arms embargo and other sanctions on the 'failing state' of South Sudan; but both states' factional and weak central regimes continue to pursue military solutions to governance problems.

Over the past year, the Government of Sudan concluded a contested national dialogue process with the aim of expanding the ruling alliance dominated by the National Congress Party (NCP) under President Bashir. But peace in Sudan’s troubled peripheries remains elusive. With its improving regional and international relations, Khartoum believes it can enforce rather than negotiate peace in South Kordofan, the Blue Nile and Darfur. In Sudan’s heartlands, economic malaise and government austerity fuel civil protest and brutal security response. 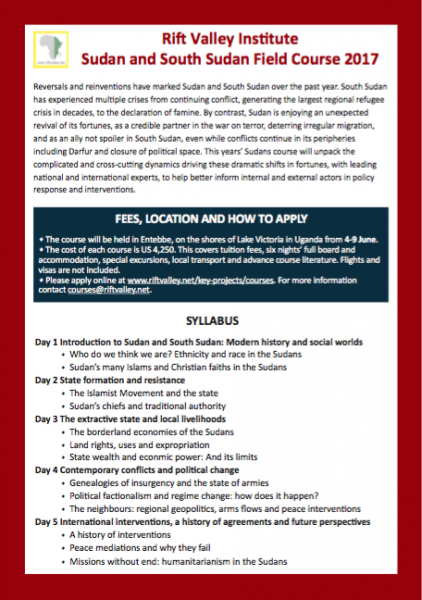 In South Sudan, the transitional government of President Salva Kiir and his alliance of Sudan’s People Liberation Army (SPLA) elites are pursuing, on one hand, a national dialogue. On the other hand, they are pursuing a war of depopulation and collective violence across central and western Equatoria, against disparate rebel groups not united ‘In Opposition’. On the geographic and social fringes of both Sudan and South Sudan, communities continue to seek out safety and opportunities within and beyond the state’s boundaries.

The course will explore these current dynamics and look to contextualise and question ideas of social ‘resilience’ and diversity; the regions' myriad economies; the roots and logics of continuing conflicts; local and international attempts at peace and reform and the internal drives to revolution and restitution. We hope you join us for a week that promises vibrant debate and intense analysis.

The Co-Directors of Studies for the course will be Magdi el-Gizouli and Nicki Kinderlsey. They will be joined by a team of leading regional and international experts. These will be announced over the course of the coming months.

Highlights of the syllabus

DAY 5 International interventions, a history of agreements and future perspectives