Skip to main content
Pre-Screening: Thank you for the rain|Home

On 27 March 2017, the Rift Valley Forum hosted a pre-screening of the film Thank You For the Rain by Kenyan farmer Kisilu Musya and Norwegian filmmaker Julia Dahr. 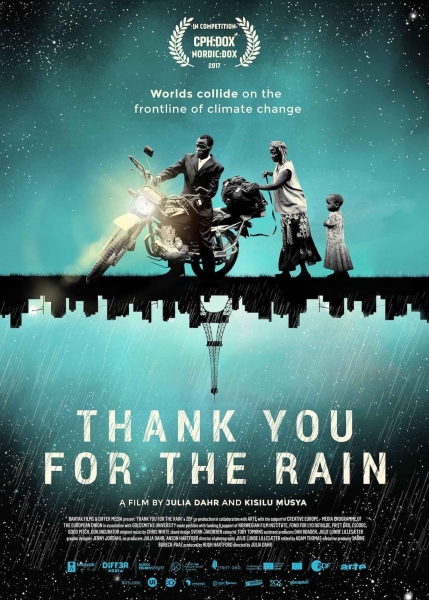 Thank You For the Rain, which premiered at the Copenhagen International Documentary Film Festival, documents Kisilu's life as a farmer and the impact of climate change on his family and his village over the past five years. Besides showing the natural impact of floods, droughts and storms, the film also shows the human cost for Kisilu’s children and wife. When his house is destroyed by a storm, the self-taught filmmaker starts a farmers' movement and calls for action against the extreme consequences of the weather.

Kisilu makes it far in his struggle—all the way to Oslo and the COP21 in Paris—but the further Kisilu gets into the world of global politics, the more resistance, bureaucracy and arrogance he faces.

A panel discussion to reflect on the film and address the drought crisis in the region followed the screening.