Many people fleeing conflicts hope that refugee camps would be a temporary home while they await peace and stability to return to their home countries. Unfortunately, many have ended up staying in the camps for decades. 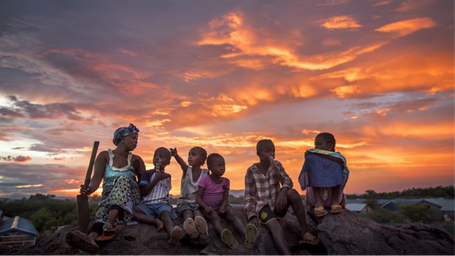 On Thursday 1 December 2016, the Rift Valley Forum and the Church of Sweden screened the documentary, If we ever get out of here, by Marika Grieshel and Lollo Jarnebrink, followed by a discussion.

If we ever get out of here documents the lives of ordinary people who have become long-term refugees, stuck in the Kakuma camp, suspended from opportunity and isolated from all that is familiar.

The story of the daily struggles of Klementine, Deeqa and Jackson aims to give a greater understanding of the importance of psychosocial support for refugees.

The Kakuma refugee camp was founded in Kenya in 1991 and was originally planned as a temporary solution for young boys fleeing the civil wars in Sudan. It is now home to about 200, 000 people forced to flee conflict in the neighbouring countries.

Else Berglund
Church of Sweden