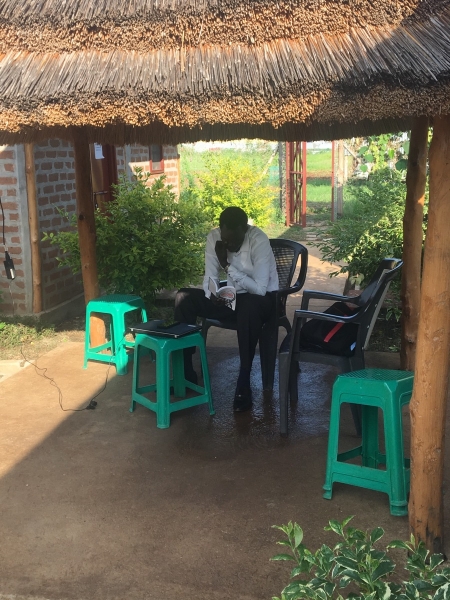 The peace negotiations which preceded the current political transition process in South Sudan brought together the warring factions, former detainees, leaders of political parties, members of the wider South Sudanese political class and representatives of the churches and civil society.

However, largely absent from this process were customary authorities—variously referred to as chiefs, kings and traditional leaders. Yet it is these leaders—elected, appointed or hereditary community leaders—who have perhaps the strongest claim to represent the interests and concerns of the majority of South Sudan’s, still largely rural population. Whilst the various positions customary authorities have occupied in community life have changed, and continue to change, over time, their ability to mobilize communities, to settle local conflicts, to maintain judicial processes in adverse circumstances and to represent the views of their people is real. Arguably, they could play a much larger role in the country’s future.

The first phase of the South Sudan Customary Authorities project, funded by the Swiss Federal Department of Foreign Affairs (FDFA) in South Sudan, supported an ongoing conversation with chiefs and elders, exploring the history of chiefship, the role of chiefs and their wider relationship with communities and the state. This work sought to contribute to a wider understanding of the role presently played by customary authorities, provide an opportunity for them to consider together the part that they might elect to play in the transition and to give them a louder voice in the national debate.

In a significant step forward in this context, in July 2015 RVI convened a meeting in Naivasha, Kenya—the place where ten years earlier the Comprehensive Peace Agreement (CPA) was signed—to bring together chiefs from different parts of South Sudan and a small number of civil society representatives. This open forum, and the subsequent Rift Valley Forum event held in Nairobi, provided the space for the chiefs to speak about the past and future of customary authority, the effect of war, and the role that they, and other traditional leaders, could play in bringing peace.

With continued funding from the Swiss Government, the second phase of the research included further fieldwork in a select number of locations across the country. This was dedicated to extending the conversation to a coalition of chiefs, churches, community groups and members of a wider civil society, in order for them to come together to examine the history of customary authorities, and explore their role in the country’s political future. In April 2016, traditional leaders from many parts of South Sudan met at Kuron Peace Village to discuss the ongoing civil war and the crisis in their communities. This meeting has been documented in the film We Are Here for the Sake of the People.

The project is now in its third phase with the ongoing support of the Swiss Government. In this phase RVI aims to maintain and diversify previous engagement with traditional leaders and develop a creative response to some of the challenges of operating in South Sudan. It is rooted in an assessment of the project so far and will involve a wider range of South Sudanese communities and a broader cross-section of these communities.

It will advance general understanding of the likely roles of chiefs and elders in future governance and engage with the range of constituencies that chiefs and elders represent—or aspire to­—reflecting the debate over their role and eliciting and articulating a shared vision for the future of chiefship.

The programme of research and outreach covers a wide range of communities, both in South Sudan and in the diaspora. Material will be generated for dissemination in English and in other languages, notably Juba Arabic. This phase of the project will develop human potential within South Sudanese communities through a researcher training programme. Young South Sudanese researchers will be trained in the techniques of oral history; some of them will be deployed in the SSCA research programme. This will be shaped to inform reconciliation between communities and encourage cultural resilience not only by facilitating oral history research and cross-generational discussions but also by creating opportunities for dialogue amongst traditional leaders and other constituents within their communities.

Under the aegis of the project a permanent online resource will be created, making accessible a wide range of documentary material for use by South Sudanese and others inside and outside South Sudan in current peace-building initiatives and future nation-building.

Politics, Power and Chiefship in Famine and War: A study of the former Northern Bahr el-Ghazal state, South Sudan

Wartime Trade and the Reshaping of Power in South Sudan: Learning from the market of Mayen Rual

Peace is the Name of Our Cattle-Camp: Local responses to conflict in Eastern Lakes State, South Sudan

Speaking Truth to Power: Oral histories of the Nuer prophets

Making Order Out of Disorder: Customary Authority in South Sudan