Skip to main content
How is Puntland Coping with Yemen’s Fishing Boom?|Home

How is Puntland Coping with Yemen’s Fishing Boom?

How is Puntland Coping with Yemen’s Fishing Boom? 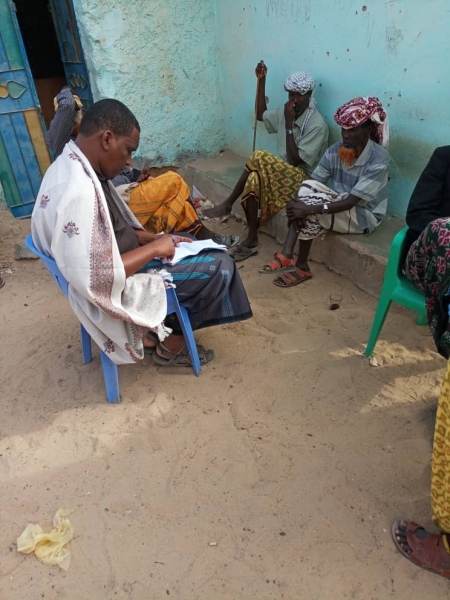 Puntland’s Bari region is remote and mountainous with few roads and an increasingly distant relationship with Garowe, the state capital. The inaccessibility of the interior, where Islamists militants are active, has meant that coastal communities—more easily accessed by sea than land—have become Bari’s economic centres. These places often have stronger economic and social links with communities in Yemen, which is only 200 km away by sea, than Puntland’s own in-land political centre. In December 2018 I was part of an RVI team that travelled to Bari to conduct research on the economic life of the communities that live there. Based on research carried out on this trip, we produced a report—Mobility, Trust and Exchange: Somalia and Yemen's Cross-border Maritime Economy—as part of the X-Border Local Research Network.

We carried out research in Baargal, on the eastern side of Cape Guardafui (Puntland’s north-eastern most tip); Bareeda, on the north coast; and Xaabo, a day’s drive to the west. These fishing communities are economically dynamic places, attracting migrant labour from as far as southern Somalia and the Somali-speaking region of Ethiopia. Yemeni fishermen and other business people come and go largely without hindrance, using the coastal villages and landing beaches to rest, resupply and interact with local officials who administer a system of taxes and permits allowing them to operate there. Puntlanders are also able to travel to the coast of Yemen, where they buy goods or take advantage of the better medical facilities and shops. 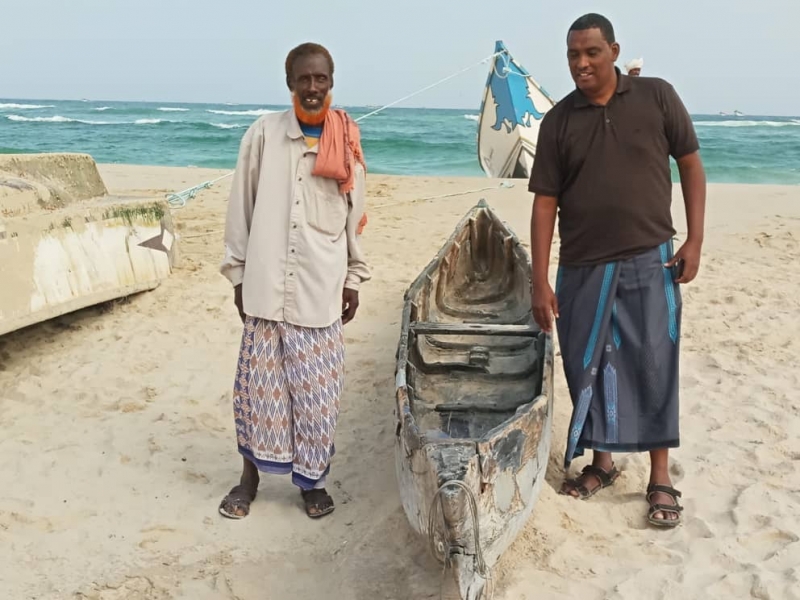 One consequence of this open economic system is that Puntland’s fishing ports are experiencing rapid economic change with some negative consequences for the Somali population. While Puntland’s state authorities and the Yemeni fishing sector have developed an arrangement over the regulation of fishing rights, this increasingly excludes local fishermen from the industry—an outcome that is driving anti-Garowe sentiment among the fishing communities.

Traditionally, the relationship between the Yemeni and Somali fishing industries was transacted around a relationship known as Istilam (receiving). This form of fishing involves medium-sized boats (10-40 tonnes), owned by Somali or Yemeni businessmen, travelling between the small ports to buy the catch from local fishermen. The fish are usually caught using nets that are laid overnight.

With the Istilam method, both the large—mainly Yemeni—receiving boats, and the local Somali fishermen, make money. However, the net-fishing method used by most local fishermen—where the fish dies before it is landed—is now seen as producing a lower quality catch than the higher-skilled method of line-fishing, which keeps the fish alive for longer. As a result, Yemeni boats now increasingly come with their own skiffs and fishermen, who operate using lines, rather than nets. This method of fishing for yourself, rather than buying from others, is known as Istiyaad. 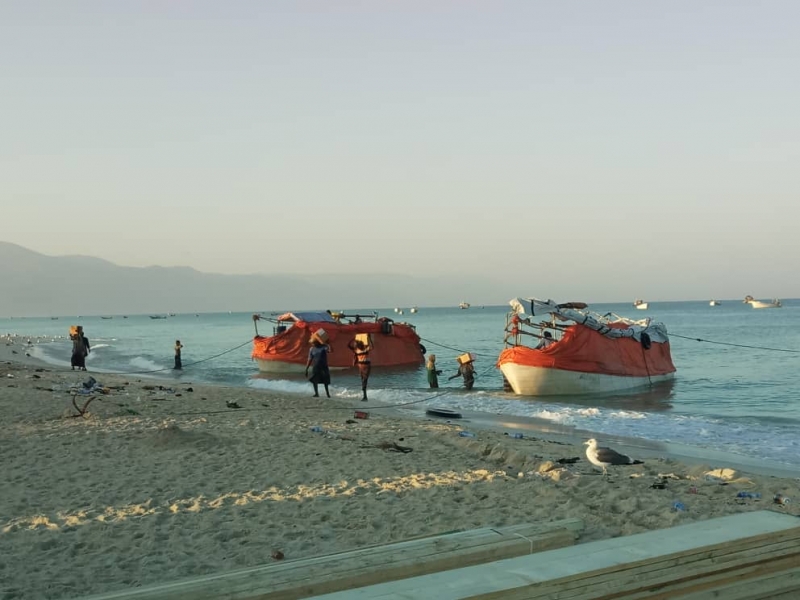 The local fishermen are increasingly left out of the industry, while the state government taxes the Yemeni boats $2-3,000 for 45 days to operate in the area. There is a lot of resentment directed towards the administration, which people said takes fees from each fishing boat but produces nothing for the local economy. Locals told us that many fishermen, now unable to sell their catch to the Yemeni boats, cannot afford to send their children to school.

In Baargaal we witnessed the arrival of a convoy of vehicles protected by heavily armed soldiers. We were told that they were taking the money accrued from taxes and licenses to Garowe. People were very unhappy about this. In Bareeda, we were told that the Puntland state administration had sold the region’s fishing rights to Yemenis for a few dollars, which has caused much local resentment.

Only in Xaabo—the biggest fish market in the area—was the Istilam method of fishing still widely in evidence. This was due to local factors, principally the Yemeni boats’ need to quickly fill their holds with fish before the ice, which they bring from their home ports, melts after a few days. This mean 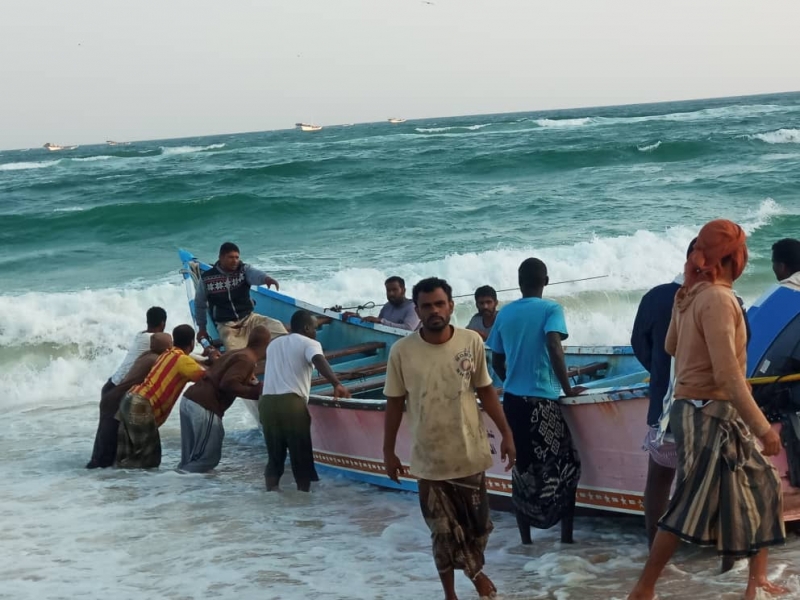 s using the maximum number of skiffs available to gather around 30 tonnes of fish in a short time. Xaabo, where the sea is calmer, is also a good place to fish in skiffs, as the small boats can go out every day, whereas in the less protected ports on the Indian Ocean side they cannot operate when the winds are too strong.

As a result, many skiff owners have moved to Xaabo to sell their catch and it has become a boom town with a major fish market and tuna processing factory, as well as many shops and even boat repair facilities (mainly run by southern Somalis). Despite this economic success, the general feeling of unhappiness with the way resources and power are shared in Puntland was felt there too.

Due to the high numbers of Yemeni and other foreign boats fishing off the Puntland coast, some locals have developed other ways to make money out of this influx by acting as paid protectors (Booyado) on their boats. At one point, an elder stormed in to one of our interviews saying that we were talking to people who never fished, but instead just protected Yemeni boats fishing in Somali waters for a few dollars. He complained that this was destroying the livelihoods of local fishermen.

One young man also claimed that recently he had gone out to sea armed and boarded a Yemeni boat that was fishing illegally (without paying a license fee). He forced them to hand over $700 in cash. They couldn’t complain to the Somali authorities or the local elders because they didn’t have permission to fish.

Xaabo, due to its proximity to Bosasso, receives more attention from the Puntland state coastguard, which monitors the payment of license fees. However, a system of local guides—Arbaab—exists, who alert the Yemeni boats that the coastguard has left Bosasso so that they can avoid the area and don’t pay any fees. The Somali guides feel a greater sense of affinity with their Yemeni neighbours, who they are often related to by clan or intermarriage, than their own political leaders.

While Puntland’s coastal fishing communities are highly integrated in to the Yemeni fishing economy, it is by no means a win-win situation. Local fishermen feel that they are increasingly being pushed out of the market by the better resourced Yemeni fishing boats, who negotiate their presence in the region with the rent-seeking state leadership. This serves to accentuate existing divisions between the politically powerful centre and the productive, but vulnerable, peripheries where the local economy is often at its most dynamic.

Khalif Abdirahman is an independent researcher based in Nairobi. He has worked on several projects with the Rift Valley Institute in Somalia. All photos copyright Khalif Abdirahman.