This year in the Horn of Africa

This year in the Horn of Africa 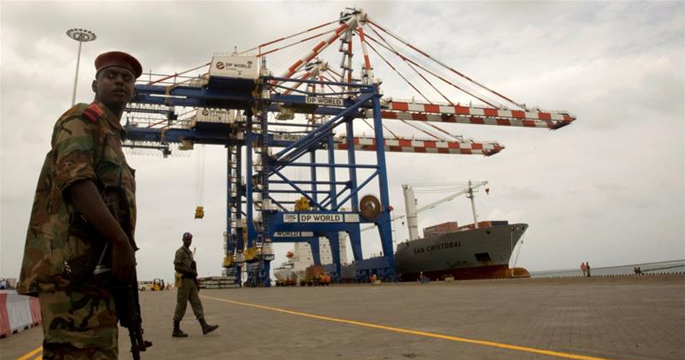 This blog post was written by Terrence Lyons and Peter Chonka, the Co-Directors of Studies for the Rift Valley Institute’s Horn of Africa Field Course, which will be taking place in Sagana, Kenya from 27 May to 1 June 2018. Terrence and Peter will be joined by a team of leading specialists to explore the contemporary complexities of the region as well as the gamut of social, economic, political and security trends, drawing on deep history and local knowledge to inform debate and discussion. The courses are designed for policy-makers, diplomats, investors, development workers, researchers, activists and journalists—for new arrivals to the region and those already working there who wish to deepen their understanding. For more information on the Horn of Africa Course and RVI's two other Field Courses—Sudan & South Sudan and the Great Lakes—please visit RVI Field Courses.

The past year has seen a significant shift in the geopolitics of the Horn of Africa, as countries in the Horn have been drawn into the rivalries dividing the Gulf states and fueling the brutal war in Yemen. Saudi Arabia and the United Arab Emirates (UAE) have provided assistance to Eritrea and Somaliland, Turkey remains a vital security partner in Mogadishu, and Egypt engages with regional states to apply pressure on Ethiopia in relation to dams on the Nile. These dynamics are having a direct influence on internal political processes in the countries of the Horn.

In Ethiopia, the ruling Ethiopian People’s Revolutionary Democratic Front (EPRDF) struggles to develop a strategy that can both address the grievances expressed by sustained—and sometimes violent—protests in the Oromo and Amhara regional states, and to respond to the increased autonomy and populist direction of regional political parties within the ruling coalition. In August 2017, the government in Ethiopia lifted the ten-month State of Emergency that had succeeded in re-imposing order but did little to address the underlying grievances.

The EPRDF recognizes that the continuing protests and the fissures within the ruling coalition represents the most serious threat to its rule since coming to power in 1991. Despite a series of meetings and purges in 2017, the party failed to re-establish its earlier control. In January 2018, the government announced that it planned to release political prisoners. After delays and a large stay-at-home protest in the Oromo region, on 13 February, the government released a significant number of prisoners, including opposition leaders Merera Gudina and Bekele Gerba, as well as civil society leaders and journalists.

On 15 February, Prime Minister Hailemariam Desalegn abruptly resigned. This announcement was surprising in its timing but Hailemariam was a relatively weak placeholder who had lost influence to the military and intelligence services. Former political prisoners addressed mass crowds of jubilant supporters. The popular euphoria, however, did not last long. On 16 February, the EPRDF announced the re-imposition of the State of Emergency.

After a period of political maneuvering, the EPRDF executive committee met and selected Abiy Ahmad, the Secretary of the Oromo wing of the party, as the next Prime Minister. The decision by the Amhara National Democratic Movement (ANDM) candidate to drop out of the race and the shift of ANDM support to the Oromo Peoples' Democratic Organization's (OPDO) Abiy was key to the outcome. Abiy represents a significantly younger generation of leadership—he is 41 years of age—and is seen by many as a reformer. His first set of speeches and his outreach to the recently released opposition leaders provided a new set of narratives and images. He has experience in the intelligence services, having created the Information Network Security Agency that monitored Internet communications. The change of Prime Ministers is important, however, to date, the EPRDF remains the same powerful authoritarian party that is has been since 1991.

The new Prime Minister continues to face a major crisis. His appointment has provided needed time to engage in dialogue and initiate structural reforms. The EPRDF must simultaneously satisfy the popular aspirations that fueled the demonstrations as well as the demands by the military and security services that remain unreformed.

Eritrea has benefited from the attention and resources of Saudi Arabia and the UAE to break out of its isolation. Relations with these Gulf States have much to do with its proximity to the conflict being waged in Yemen, with Eritrea supporting UAE military engagements there. This has involved stationing of UAE aircraft on Eritrean territory as well as port and airfield development at Assab. In June, Qatar withdrew its small contingent of peacekeepers from the disputed Eritrean-Djiboutian border, apparently after both of these states put their diplomatic support behind Saudi Arabia and the UAE in their isolation of Doha. In addition, increased revenues from gold mining and the potential for significant potash reserves have alleviated some of the economic pressures on the regime. President Isaias Afwerki’s authoritarian regime appears to be in a better position to take advantage of Eritrea’s strategic and diplomatic position in wider Red Sea and Gulf power struggles and there is no indication of any political opening up of the country. Despite facing increasing obstacles on transit routes across Sudan, large numbers of Eritreans continue to leave as refugees or economic migrants bound for the Middle East and Europe.

In Somalia, the somewhat surprise selection of President Mohamed Abdulahi ‘Farmaajo’ by the country’s Parliament in early 2017 was greeted with popular enthusiasm, however, his honeymoon period did not last long. The new administration was soon hit by scandals involving the extradition of an Ogaden National Liberation Front (ONLF) official to Ethiopia, conflicting communications around civilian casualties in US military operations against al-Shabaab, and apparently politically motivated arrests in Mogadishu. Tensions between embryonic federal regional administrations and the central government in Mogadishu were exacerbated by the influence of various Gulf and Middle Eastern states. Whilst the Farmaajo government has pursued a policy of apparent neutrality in the split between Saudi Arabia and the UAE, and Qatar, a leaning by leaders of Somalia’s federal member states towards the former has increased tensions, along with multilateral engagement in military training and port development in different parts of the territory, and in particular Somaliland.

This came to a head in March 2018, with the Somali Federal Government’s (SFG) ‘annulment’ of the Berbera port development deal made between the government of breakaway Somaliland and UAE company, DP World, with Ethiopia also having a stake in the contract. Whilst Mogadishu has almost no capacity to enforce this directive in the autonomous Somaliland, it sent a clear signal of the Farmaajo administration’s displeasure with UAE activities and its own increased alignment with Turkey, which sides with Qatar in the wider Gulf dispute. Both the SFG and Puntland authorities subsequently cracked down on UAE activities in their respective airports—seizing cash in transit and confronting military trainers over their refusal to submit to cargo searches. The UAE has retaliated against Mogadishu with the closure of a hospital it had been operating and the cessation of military training and support.

These shifts in the geopolitical picture have come at a time of great political uncertainty in Mogadishu. The long-standing parliamentary speaker, Mohamed Osman Jawaari, had been embroiled in a power-struggle with Prime Minister Hassan Ali Khaire that had resulted in the need for AMISOM troops to retake direct control of the security of the parliament complex. With another Khaire-backed vote of no confidence tabled—and the seizure of the UAE cash at Mogadishu airport the day before—Professor Jawaari eventually resigned on 10 April. Many Somalis see these factional tensions amongst the political class through the lens of geopolitical competition between different Gulf and Middle East patrons. Whilst local politics are important, the influence of these multiple external actors has the potential to further undermine the already fragile and disputed federal roadmap for Somali state reconstruction.

In the meantime, al-Shabaab remains a military threat and continues to hold or maintain a presence in large swathes of rural territory across south-central Somalia. Attacks on civilian and military targets have continued in Mogadishu, including a truck bomb in October that claimed the lives of more than 500 civilians. Although this galvanized a wave of anti al-Shabaab sentiment across and beyond the Somali territories, the long-term political and military implications of this attack remain unclear. As plans have accelerated in 2017 for the staged withdrawal of all AMISOM combat troops by 2020, there is so far little concrete evidence to suggest that federal states or Somali National Army forces will be ready to fill the inevitable security vacuum this will create.

At the political level, the map of federal states in south-central Somalia has now been formalized. In early 2018, an agreement was reached between the Interim Galmudug Administration and the armed Ahlu Sunnah Wal Jamaac faction. On paper, the deal should bridge a long-running political divide in this central region and facilitate the integration of Ahlu Sunnah forces into the Somali National Army. Looking north, relations between the government in Mogadishu and Puntland have seemingly improved and President Farmaajo received a warm popular welcome on his first visit to the north-eastern territory in January.

The independent but unrecognized Republic of Somaliland successfully held presidential elections in November 2017. The incumbent President Ahmed Mohamed Mohamoud ‘Silaanyo’ did not stand for reelection and his Kulmiye party’s candidate, Muse Bihi Abdi, prevailed in a largely free, fair and peaceful election. Despite initial reports of electoral malpractice, Bihi’s opponent, Abdurahman Mohamud Abdullahi ‘Cirro’, called for calm amongst his supporters following the election and conceded defeat.

The renewal of talks between breakaway Somaliland and the SFG has been postponed. Previous discussions were—in part—undermined by the Somaliland authorities’ view of Turkey as a facilitator, perceiving its bias towards the SFG with which it has forged strong links.  Mogadishu, on the other hand, eyes UAE influence in Somaliland with concern, particularly its direct engagement in the development of Berbera port and their establishment of a military base nearby.

Now in his fourth term of office, Djibouti’s President Ismail Omar Geelle maintains the political status quo in the small—but increasingly congested—port city-state. Djibouti retains its geopolitical significance in the region, as evidenced by a multinational military presence of the like seen nowhere else in Africa. As of 2017, Djibouti now hosts China’s first overseas military base, located in close proximity to US, French and Japanese forces. Saudi Arabia has also announced its intention to establish a military presence in Djibouti, all part of its increasingly assertive approach towards countering Iranian influence in the wider region, particularly across the narrow Mandeb strait with Yemen.

Djibouti’s ability to leverage these international interests has contributed to continued high levels of macroeconomic growth in the city-state, while port development and the completion of the Addis Ababa-Djibouti railway further underscore the importance of this transport corridor for Ethiopia.

The history of the peoples and countries of the Horn of Africa has long been closely linked to those of the Gulf and Middle East, through religion, culture, trade and security. The influence of the geopolitical and commercial ambitions of Gulf and Middle East states in the Horn of Africa should therefore come as no surprise. For the governments and peoples in the Horn, it presents both opportunities and constraints. One the one hand, this increased attention may lead to tangible infrastructure developments and new sources of humanitarian, diplomatic or military assistance. On the other hand, the competition that this may engender amongst some already fragile administrations may override the potential benefits for development. For a region long characterized by instability, this new geopolitics of the Horn does amount to a changing status quo. The long term ramifications of this process, in addition to the continued engagement of Western interests, emerging donors such as Turkey and China, and African regional powers, are only starting to become clearer.