Skip to main content
This year in the Great Lakes|Home

This year in the Great Lakes

This year in the Great Lakes

This blog post was written by Jason Stearns and Yolande Bouka, the Co-Directors of Studies for the Rift Valley Institute’s Great Lakes Field Course, which will be taking place in Entebbe, Uganda from 11–17 June 2016. Jason and Yolande  will be joined by a team of regional and international specialists to explore the contemporary complexities of the region as well as the gamut of social, economic, political and security trends, drawing on deep history and local knowledge to inform debate and discussion. The courses are designed for policy-makers, diplomats, investors, development workers, researchers, activists and journalists—for new arrivals to the region and those already working there who wish to deepen their understanding. For more information on the Great Lakes Course and RVI's two other Field Courses—Sudan & South Sudan and the Horn of Africa—please visit RVI Field Courses. 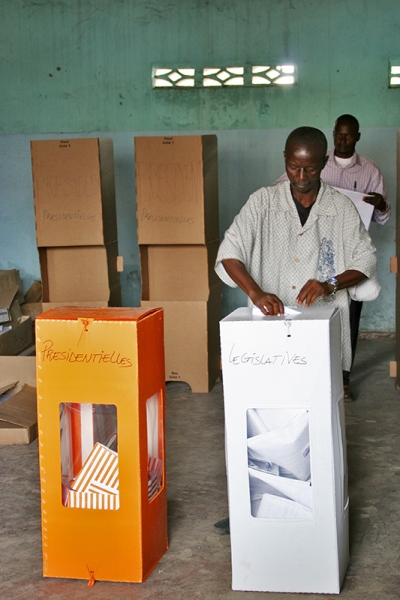 Electoral season has hit the Great Lakes region and has brought with it an increase in contentious politics, open conflict and uncertainty. Last year, a violent crisis gripped Burundi after the ruling party announced that President Pierre Nkurunziza would run for a third term, despite arguments by the opposition that the bid was in violation of both the constitution and the Arusha Peace Agreement. The Ugandan electoral process earlier this year was also not without controversy as social media were blocked and prominent opposition figures were put under house arrest for the duration of the polls. Meanwhile, while President Paul Kagame has paved the way to remain in power by successfully changing the constitution late last year, in the Democratic Republic of Congo (DRC), there are increasing concerns and discontent about President Joseph Kabila staying on after the end of his constitutional mandate, which is supposed to end on December 19, 2016.

We could witness the first democratic handover of executive power in the DRC’s history or an erosion of the democratic institutions set up during the peace process and a return to widespread instability. The election commission says it will take until mid-2017 just to revise the voting register, and the government still wants to hold local elections before national elections. The government is also attempting to engage opposition parties in a national dialogue, under the facilitation of the African Union, which many assume could be an attempt to co-opt part of the opposition into a transitional government. These attempts are likely to provoke unrest and resistance––a large part of the Congolese political elite, from political parties to the Catholic Church and NGOs, oppose an extension of Kabila’s mandate, as do most foreign donors. Who will come out on top in this tug-of-war?

In the meantime, conflict dynamics in the eastern DRC are also in a state of flux and fragmentation. Since the end of the M23 rebellion in 2013, there is no longer an overarching organizing principle to conflict dynamics. There are around 70 armed groups active in North and South Kivu alone, with varying sources of support, and most of which have fewer than 300 soldiers under their command. While there are still several large foreign armed groups active in this region—the Ugandan Alliance for Democratic Forces (ADF) and the Forces démocratiques pour la liberation du Rwanda (FDLR, Democratic Forces for the Liberation of Rwanda) are the most important ones—the regional aspects of the Congolese conflict have declined dramatically in the past five years. International peacebuilding and humanitarian actors have struggled to devise an approach to grapple with these dynamics. The biggest challenge, in addition to the sheer number of armed actors, has been the weakness and lack of engagement by the Congolese state in the reform process. The demobilization process is moribund, security sector reform has stalled and the government has done little to rein in the involvement of its own officers and politicians in armed groups.

The ongoing crisis in Burundi has escalated to violent repressions by the government and attacks from rebels based in the neighboring DRC. As such, Burundi is facing the most serious crisis since the end of the transition in 2005, as over 250,000 Burundians have fled to neighboring countries and almost 500 have been killed, including prominent political and military figures. While there have been international concerns that ethnicization of the crisis could lead to genocide, there remain important intra-ethnic divisions within the CNDD-FDD and the army that warrant further considerations.

On the surface, Rwanda projects optimism and stability. Economic growth continues apace, foreign criticism of the government has abated since the demise of the M23 rebellion in the DRC and the ruling RPF appears to have total dominance over the political scene. Beneath this veneer, however, lie complex political dynamics. The RPF has been unable to prepare a leader to succeed President Kagame and as such has changed the constitution to ensure that he remains in power. Few of the top military officers who seized power in 1994 have escaped arrest, exile or assassination, although the opposition—which exists almost entirely in exile—has not been able to capitalize on this. Moreover, Rwanda finds itself once again under the scrutiny of the international community for its alleged support of armed groups in Burundi.

When taking power in 1986, Museveni lamented the reluctance of African strongmen to relinquish power, but over the past decade he has demonstrated the same unwillingness to foster democratic transition and peaceful transfer of power. Now a strongman himself, his approach to the recent elections has revealed his discomfort with the increased discontent with his leadership, as long-time National Resistance Movement insiders such as former Prime Minister Amama Mbabazi have joined long-standing opposition members to challenge Museveni. Repeated arrests of political opponents and the closing of the political space suggest that the regime feels it needs to counter its loss of popularity with more repressive measures. Interestingly enough, through the recent political turmoil, Western donors have been unwilling to withdraw their support for Museveni.