Skip to main content
The Making of Conflict in the Eastern Congo: Trouble in the Ruzizi Plain|Home

The Making of Conflict in the Eastern Congo: Trouble in the Ruzizi Plain

The Making of Conflict in the Eastern Congo: Trouble in the Ruzizi Plain 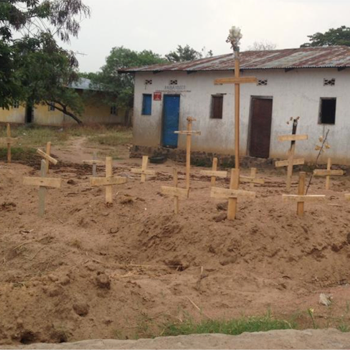 There is tension in the air, here in the village of Luberizi in South Kivu. We return after having spent the night in nearby Luvungi, deemed safer. Our interlocutor tells us that members of an armed group from the adjacent mountains visited him the previous evening. They asked him what these bazungu (‘white people’ in Swahili) had come to talk about. A member of the Fuliiru community married to a Murundi and close to the Barundi mwami (customary chief) who was assassinated in 2012, our interlocutor is considered to be a ‘moderate’. This makes him a target of those Bafuliiru trying to escalate the current crisis, hoping that it will prevent the restoration of Barundi authority over the chiefdom of the Ruzizi Plain. In fact, he says that he fears these war-mongering Fuliiru, and their Mai-Mai allies, much more than he fears the Barundi.

He is not the only one who does not feel threatened by the Barundi. There is a high rate of inter-marriages between Bafuliiru and Barundi, who have lived together for more than a century. Some say that more than half of the households in the Ruzizi Plain are mixed; most people have family members belonging to the other community and speak each other’s language. People of both groups cultivate the same fields; their cattle share the same pastures; and women of all communities sell fruit, vegetables, and milk shoulder to shoulder along the Route nationale 5.

‘There is no conflict between the two communities’, nearly all of my interlocutors tell me. There is a political conflict between the leaders of the Bafuliiru Chiefdom on the one hand, and the Barundi dynasty ruling the Chiefdom of the Ruzizi Plain on the other. But the people, most of whom are farmers, are not hostile towards each other.

Yet, the language of ‘ethnic conflict’ is omnipresent. Politicians, local authorities, and youth leaders alike routinely label the Barundi as ‘foreigners’ who have usurped the ancestral grounds of the Bafuliiru. Barundi leaders, for their part, speak of the Bafuliiru as violent extremists who seek to illegally lay claim to their authority. This inflammatory language is used during community meetings and in speeches by politicians and notables. It can also be heard whenever civilian collaborators come to collect money for the armed groups that allegedly defend the community against ‘the enemy’.

Such discourses are commonly accompanied by calls and plans for action. The widespread manifestations that were held in the wake of the mwami’s death in 2012 did not occur spontaneously. They were partly orchestrated by certain politicians from Bukavu and Uvira. Supported by local authorities, these political actors held meetings during which they distributed cash and beer, telling youngsters they needed to prevent the assassinated mwami’s son from acceding to the throne. The same youth maintains close contact with armed groups, collecting contributions for them and being their eyes and ears in the village. Enjoying the support of both politicians and armed actors, young people have become a force to reckon with.
Local authorities and leaders are well aware of their power and thus try to instrumentalize them for their own purposes. Just after leaving Luberizi the previous day, a village meeting was held during which a local youth leader called for the replacement of the Fuliiru village chief Kirakaza. ‘Tuko mu démocratie’, he said: ‘we are in a democracy’. The message is clear: as youth, they are the majority. According to customs, however, only higher-standing customary chiefs can dismiss village chiefs, so many of the meeting’s attendees opposed this proposal. The same night, Mai-Mai Simusizi kidnapped one of these opposers, demanding a ransom of USD 500 for his release. Fear now gripped the village, as others who had voiced opposition believed they could be next.

Kirakaza was known as a ‘moderate’, since he collaborated with the Barundi customary authorities. Yet, this was not the only reason some wanted to get rid of him: the coup d’état was clearly also driven by the ambitions of his rival who wanted to replace him. Profiling himself as more ‘anti-Barundi’ than Kirakaza, accused of being ‘too soft’ on the Barundi, he tried to rally support among local youngsters and their powerful allies. Reflecting on this event, it became clear to me how tensions within the Bafuliiru and Barundi communities drive the spread of narratives of conflict between the two groups.

Over the next months, the situation in Luberizi deteriorated, as Kirakaza, who was eventually dismissed, now solicited the support of another Fuliiru Mai-Mai group, Karakara. As each group has their collaborators among the population, there was an atmosphere of impending war in the village—war between two Bafuliiru factions and allied Mai-Mai groups. Yet, we rarely hear about such intra-Fuliiru tensions.

Most media reports, declarations by the United Nations peacekeeping mission, and communications of peacebuilding NGOs predominantly highlight the conflict between the Barundi and Bafuliiru, commonly framing it as ‘ethnic’. This is both short-sighted and dangerous. It not only misses important dimensions of wider conflict dynamics in the Ruzizi Plain, but also risks aggravating the conflict. Many people in the Plain do not feel that there is a conflict between the two communities. But by providing the narrative of an ‘inter-community’ conflict as the only lens through which to perceive events, there is a danger they may start doing so.

Conflicts are not natural phenomena that ‘occur’ such as a hurricane or earthquake: they are man-made disasters. They are the result of the everyday practices—including the spoken and written words—of thousands of people, both Congolese and foreign. This includes researchers and peacebuilders. Whose voices do we represent? What events do we report on? And how do we frame and interpret them? Looking at the Ruzizi Plain, I see a wide array of actors spreading a narrative of ‘inter-community conflict’—yet, in the stories of my interlocutors, in the events I observe, and in the practices of militias, I don’t find any such conflict. Only one in the making.