RVI’s ongoing South Sudan Customary Authorities Project is seeking to deepen understanding of the changing role of chiefs and traditional authorities in South Sudan. As part of this project, RVI has trained a team of researchers in oral history to conduct research with customary authorities and their constituents in different parts of South Sudan, and with displaced communities outside its borders.

This Letter from Pibor was written by Diana Felix da Costa, who and was a senior researcher in the SSCA project, and is the Regional Conflict Management Coordinator for East Africa and Yemen with the Danish Refugee Council/Danish Demining Group (DRC/DDG). Diana’s PhD research focused on the Murle in Boma State in South Sudan. The letter is part of a series published by RVI from each of the research sites, to illustrate the diversity of the research projects and the ways in which customary authorities are represented across different communities. Pibor is located in the former Jonglei State of South Sudan, towards South Sudan’s eastern international border with Ethiopia. A joint publication between RVI and DRC/DDG will follow.

The Chiefs’ High Court in Pibor town is located along the Pibor River, which—due to unusually high rains at levels not seen since 2012—had inundated the town, making the court an island surrounded by water. But on 21 and 22 October, the flood notwithstanding, the court house was full. I sat quietly in the back among some thirty youth from Bothonya age-set, and many more waiting outside.1

Chief Nyikcho Ame Boden, the current Murle paramount chief, along with other chiefs from the High Court, had gathered to listen to and resolve a particularly complex case of adultery. The case involved an allegedly unintentional killing of a young man from Lango age-set, who had committed adultery with the wife of another young man from Bothonya age-set—from Wunkok village in Pibor South county. 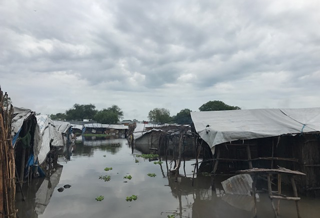 Adultery cases are usually relatively simple and straightforward to resolve through the compensation of usually six cattle paid to the aggrieved husband and one to the chief who solves the case. But this was a complex case of recurring adultery and attempted escape where the Bothonya youth from Wunkok had mobilized and taken matters into their own hands and—allegedly accidently—killed the adulterer from Lango age-set. Not only was this a case of adultery and of a killing, but it was also an age-set matter.

This posed a challenge to the chiefs. On the one hand, the deceased was clearly guilty of adultery, behaviour which had persisted even after he was caught and warned. He had tried to escape with another man’s wife and was caught on the way and killed. On the other hand, placing all the blame on him, without recognizing the wrongdoing and killing by the Bothonya youth, would potentially inspire other youth to revenge adultery through unlawful means and ultimately encourage more killings.

As custodians of Murle customary law and wider questions of morality, when chiefs encounter an unusual case as the above, the issue must be studied in detail with deep reflection, since it would act as precedent for judgements on future cases. Chief Alan Golgol from Kelo expressed the moral and legal question to the family of the aggrieved husband. ‘Now, because of an adultery, a man has been killed. If tomorrow, one of your sons commits adultery, will he be killed?’

The case adjourned at the end of the day on 20 October, while the chiefs remained in the court room deliberating long and hard on the case. The paramount chief of Kongor, Charburo Lokoli summarized the case’s peculiarly challenging context. ‘If it was adultery, it would be very simple, but with a killing we need a lot of deliberation.’ Chief Golgol added, ‘This is not to be solved by one person alone, but by all of us chiefs together,’ stressing the importance of deep collective knowledge of customary laws and of precedence. Chief Nyikcho, summed up the day’s discussions, wary of ‘age-sets taking the law into their own hands.’ Finally, it was decided the case was too complex to be solved exclusively through the customary court and that government authorities should be consulted, especially the governor, Sultan Ismael Konyi, who was also the former paramount chief of Pibor from 1980 to 2010. 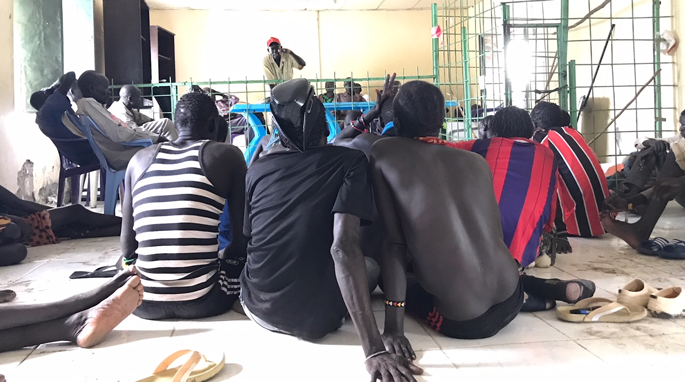 This particular case not only reinforces but also challenges the prevalent idea that youth are disenchanted from their elders and that they no longer listen to their chiefs. On the one hand, as the chiefs acknowledged, these youths had challenged the normal ways of addressing adultery by mobilizing as an age-set to pursue and eventually kill the adulterer. The paramount chief of Kongor, Charburo Lokoli, had harsh words for the young men in the court room. ‘I know age-sets of this time, you’re not listening to your elders, you kill any way you want, there is no respect. Bothonya and Lango, you’re killing yourselves like animals. You need to be careful, what you did is something new. The issue of adultery isn’t dealt with this way, you killed a person.’

On the other hand, however, the court room in Pibor was full of Bothonya cattle-camp youth who had walked across swampy lands for three hours from their home area of Wunkok to participate and attend the court hearing. The case had been brought by the respective families of the husband and of the deceased to the chiefs to solve. The case did not concern the husband alone—who was also sitting at the front of the room—but all the young men from his age-set from Wunkok sitting together in that room. The chief’s decisions mattered to these young men, and were to be respected. The various chiefs from the Pibor High Court sat intently questioning and listening to the various sides—representatives from the family of the deceased, those from the family of the wife and those from the family of the husband. Different Bothonya youth from Wunkok also had the chance to make their case.

The chiefs in the High Court addressed the case carefully, wary also of the precedence it would set. One of the chiefs noted that they ‘should judge this case to make sure the two families don’t continue in conflict.’ Preventing an escalation of conflict is a chief’s primary purpose so that the two families involved in the dispute feel justice has been done and the case resolved. Whether the youth from the two age-sets, in this case and others like it, will be similarly appeased is an increasing challenge.

The chief’s final judgement, made in consultation with the government, was that the wife was to return to her husband from Bothonya age-set and that compensation was also to be paid to the family of the deceased. The two families accepted the chief’s decision. The youth appeared to accept it as well, but the very fact that this incident happened means that youth are pushing new boundaries with uncertain but likely dire consequences. What is certain is that government and age-set chiefs—for now at least—play an important role in managing these shifting social, moral and political boundaries.

1. The age-sets or generations, buul, are well-defined groups of men—and to a lesser extent women—loosely based on age with multiple social functions, to which a man will belong to all his life. These remain a core element in Murle society. At the moment, the existing age-sets, from the youngest to the oldest, are Kurenen, Lango, Bothonya, Thithi, Muden, Dorongwa, Maara, Nyeriza and Nyakademu. For a further discussion of the age-set system among the Murle see Diana Felix da Costa, ‘Changing power among Murle chiefs: negotiating political, military and spiritual authority’, Rift Valley Institute research report, 2017 (forthcoming); J. Arensen, Mice Are Men: Language and Society among the Murle of Sudan, 2017, International Museum of Cultures no. 27,. Dallas: International Museum of Cultures.