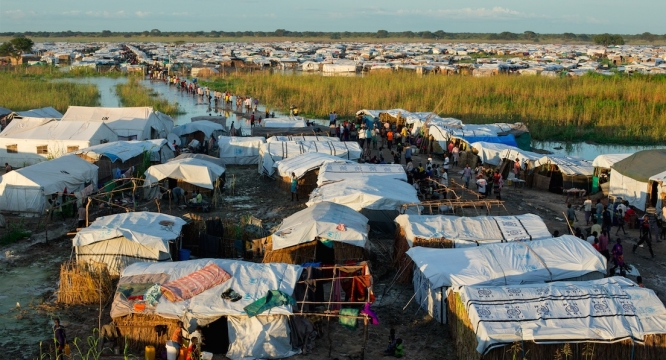 RVI’s ongoing South Sudan Customary Authorities Project is seeking to deepen understanding of the changing role of chiefs and traditional authorities in South Sudan. As part of this project, RVI has trained a team of researcher in oral history to conduct research with customary authorities and their constituents in different parts of South Sudan, and with displaced communities outside its borders.

This Letter from Bentiu was written by a young researcher from Koch, while conducting fieldwork for the Customary Authorities project, with Naomi Pendle, looking at the divinity of the MAANI and the proliferation of prophets amongst the western Nuer in South Sudan. As he explains, he found that the training and research not only helped understand the history of his community, but it also brought him into contact with other South Sudanese: ‘Especially since December 2013, our communities have been divided and I have rarely had the opportunity to sit and listen to people from other parts of our country. The guns and bullets have divided us. Yet, the South Sudanese researchers in the [RVI] training were just like me, wherever they were from. Like me, they were excited by the research, and they became like brothers and sisters in those few days we shared together. Since, I have even met some of their families and they remain close friends.’

Over the last hundred years, the most powerful authorities—along with formal government—amongst the western Nuer communities have been individuals known as prophets. In Nuer society, men, and sometimes women, become prophets when divine beings choose to speak through them, bringing them renown and significant temporal power. One of the most famous of the western Nuer divinities is MAANI who chose the prophet Kolang Ket, and his daughter Nyaruac.1 At their height these prophets influenced communities from Bentiu in the north, to as far south as Mayendit and Ler, and they wielded power over war and peace, life and death, justice and healing.2

Since I was from Koch, south of Bentiu in former Unity State, I had always known that I was from the same clan, and a direct descendent of, these two major prophets. In early 2016, I met my uncle, Lual Gai Lual, who was the grandson of Yoak Lual—the man who had first welcomed and made a sacrifice for the MAANI divinity over a hundred years before.

By 2016, times had become tough, and war had forced western Nuer to leave their homes. Because of the insecurity many sought the protection of the United Nations Mission in South Sudan (UNMISS) in camps which are known as Protection of Civilian sites or PoCs. I was staying in the Bentiu PoC site. 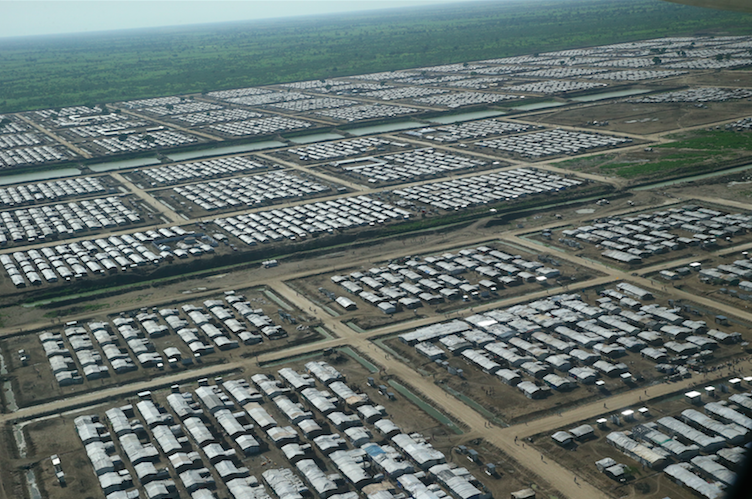 Despite all this chaos—or maybe because it—my uncle Lual suggested that I should try to write down the histories of MAANI and the prophet through whom he chose to speak, Kolang Ket. I loved the idea. I was eager to preserve our history for future generations especially in the rapidly changing contexts and uncertainties of war. However, in these difficult circumstances I feared it would be impossible. A few months later I heard that RVI was undertaking research on customary authorities that would fit with my interests in researching the western Nuer prophets.

After receiving training in oral history, on my return to the Bentiu PoC, I started to share the news of my project recording MAANI’s history. Excitement grew in the community. I started to realize how important the divinity of MAANI remained to people, particularly in these times of catastrophe. For example, a well-known priest of the traditional Nuer religion, Chum Riakka, astonished us by explaining how MAANI, when he possessed his prophet Kolang Ket, had predicted a period when his people would spend four years gathered in Nyachum—the current site of the UNMISS PoC at Bentiu where we now live. Even now, in this chaos, our existence was not beyond MAANI’s foresight.

Despite the enthusiasm in the PoC for the recording of the history of MAANI, in July 2017 life in the camp was suddenly interrupted when fighting broke out between Nuer from the South, against those from the north. Youth chased each other with sticks and many people hid for their lives. In the heat of those few day’s battles, there was nothing to do but stay out of sight and not attract attention. After that, it was hard to start interviewing people about MAANI, since many of the authorities on the history of MAANI and Nuer prophets are some of the most senior leaders in the community. After the fighting inside the PoC, they had an important role to play in the peacemaking process.

In spite of this, a senior chief and grandson of the prophet Kolang Ket, Dingding Kuol Kolang, hearing of my intended work, came to me to share the histories he knew. After he came, many others have found their way to me to share their stories. Even an old, blind man found his way across the PoC’s complicated and cluttered construction of paths, drains and buildings to contribute to the histories I was recording. For the old, blind man, even with the help of his son leading him, it took hours to safely reach a place we could record his histories and songs.

The PoC is never a silent place. Children play. Women talk. The shelters are built close together, side-by-side, with barely air between each home and sometimes nothing more than sheeting as walls. So, as we talked through and recorded the histories of MAANI, the noise of the PoCs was never far away. To start with, it frustrated me because I feared the recording would be inaudible or that my interviewees would be distracted. Yet, as I listened to people, I realized how much MAANI had long been part of the everyday life, as well as big decisions, of my family and the people of the Western Nuer. I realized that MAANI was best understood in the noises and questions of everyday life.