Skip to main content
Customary power struggles in the Kivus: Looking beyond the local|Home

Customary power struggles in the Kivus: Looking beyond the local

Customary power struggles in the Kivus: Looking beyond the local 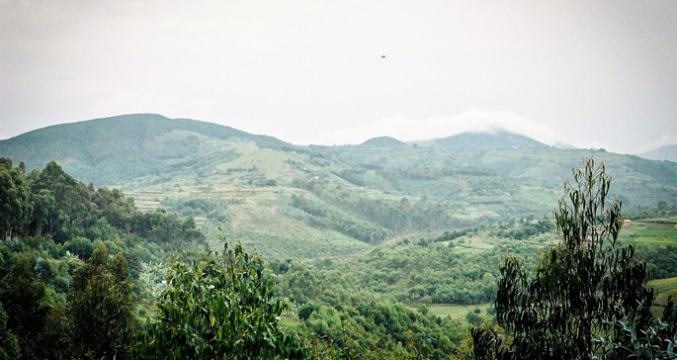 In December 2012, Ndare Simba II Simon, the mwami (customary chief) of the Chiefdom of the Bafuliiru (an ethnic group), located in Uvira territory in South Kivu, died unexpectedly. As described in a recent RVI report on militarization in Uvira, now also available in French, this caused an old conflict over the throne of the chiefdom to resurface.

In 1977, following allegations of poor leadership and disloyalty towards the Mobutist regime, the then mwami, Simba Nyamugira Henri, laid down his administrative functions, which were taken over by his eldest son, Ndare Simba. However, Ndare was not customarily designated by the banjoga (the Fuliiru ‘guardians of custom’) because a new chief cannot be enthroned when his predecessor is still alive. In this respect, it is important to note that in the Congo, chiefs have a dual function, recognized by law: they hold both a customary and an administrative position. Hence, at least formally, their authority does not run parallel to the state but has been made an integral part of it.

Having been designated to govern the chiefdom at a very early age, Ndare decided to leave his position in 1980 to study in Europe, leaving his half-brother Albert Mukogabwe II Muzimu-wa-Simba as the interim chief. When their father died in 1988, Ndare expected to be enthroned as mwami upon his return from Europe. However, in his absence, his brother Albert had arranged to be customarily installed by the banjoga, claiming Henri Simba had designated him as his successor on his deathbed. Months of intense conflict followed, in which both parties fervently mobilized authorities and politicians at the provincial and national level to back their causes. Being the first-bon son, and therefore having the right to succession according to Fuliiru custom, and having more powerful backers, Ndare emerged victorious out of this struggle in the course of 1990.

After Ndare’s death in December 2012, however, the conflict flared up again, as Albert renewed his claims to the throne. Regardless, Ndare’s eldest son, Ndare Simba III Kalingishi Adam, was recognized as the new customary chief per ministerial decree, and invested by the banjoga. While the conflict thus appeared settled in an administrative and legal sense, the struggle continued socially and politically. Encouraged by several influential Fuliiru businesspeople and politicians, Albert continued to claim the throne. Adam Kalingishi, for his part, also drew support from elites at the provincial and national level, being for instance strongly backed by the governor of South Kivu.

Why would elites meddle in a customary power conflict? Since such meddling is a common phenomenon throughout the Kivus, this is an important question. While each conflict has its own specific features, there are several general answers. First, customary chiefs in the Kivus are generally part of local, provincial and national elite networks. Aside from the fact that certain chiefs are also members of provincial parliament, many have considerable wealth. Not only do they double as businessmen, they also benefit from customary taxes and the rétrocession, the percentage of national tax revenues that is returned to the lower-level administrative entities where the taxes are levied. Furthermore, they and their inner circles tend to have contacts at ministries, parastatal companies and other state agencies, often via informal networks. When in conflict, chiefs will try to mobilize these connections to further their cause and weaken opponents. Elites, for their part, driven by the logic of patronage, will feel compelled to intervene to protect their clients.

Second, and more cynically, political interference in customary power conflicts is a classic divide-and-rule tactic, which, unfortunately, remains a staple of power politics in the Congo today. This tactic is sometimes part of a wider ‘pompier-pyromane’ (firefighter-pyromaniac) strategy: lighting fires while positioning oneself as the only firefighter able to extinguish them. Suddenly switching sides in a conflict, as seems to have recently occurred in the case of the conflict in the Bafuliiru Chiefdom, can be seen as a manifestation of such a strategy.

Third, there are electoral reasons for politicians to interfere in customary power conflicts. Most chiefs have significant power within their own constituencies. Although their rule is sometimes arbitrary, predatory and contested, chiefs continue to be perceived as relatively legitimate authorities in large parts of the Kivus. Amongst others, they are seen as the representatives of certain ethnic groups, incarnating and guaranteeing their collective identity, history, customs and access to land and resources. As such, chiefs have the capacity to mobilize and influence their constituencies, qualities that are in high demand among politicians, especially in electoral times. It is therefore no coincidence that the periodic national conference of customary chiefs is often organized on the eve of elections, as occurred in 2011.

Fourth, because of their wealth, business activities and customary ownership of the soil, chiefs tend to have considerable economic influence. Elites seeking to access land and to undertake economic activities, such as obtaining mining or logging concessions, generally benefit from maintaining good relations with chiefs, not least as this enables them to negotiate customary taxes. Additionally, it allows them to obtain economic advantages for their own client networks, which reinforces their position.

Fifth, despite being put under considerable pressure by the armed groups that operate in their constituencies, chiefs are often able to exercise a measure of influence on these groups, especially if they are from the same ethnic background. One reason for this is that chiefs may facilitate the activities of armed groups—for example, by collecting community contributions or instructing their subjects not to collaborate with the Congolese army. By liaising with certain chiefs, like by helping them when in conflict, elites also gain leverage over associated armed groups. This again may be translated into enhanced political power and a better negotiation position in the provincial and national political arena.

These diverse considerations are also likely to have motivated certain politicians to meddle in the conflict in the Bafuliiru Chiefdom. While Adam Kalingishi and his entourage—including his advisors and the person he designated to act as interim chief, as he planned to continue his studies in Europe—initially appeared firmly in power, towards the end of 2015, tables started to turn. Importantly, discontent was rising about the way they were governing the chiefdom. At a meeting convened by the royal family in Lemera in October, some of the key persons in the mwami’s entourage were dismissed, pointing to substantial power shifts.

On 22 January 2016, the provincial minister of the interior, security and decentralization issued a letter in which he stated to ‘take notice’ of the alleged designation of Albert Muzima as interim chief by the royal family. This followed on the heels of a mission by the governor of South Kivu to Uvira during which he held meetings with members of the royal family and other Fuliiru notables.

Considering that the letter implied an ‘authorization’ by the provincial government for Albert to take over power, his supporters went ahead and organized an enthronization ceremony on 6 February in Lemera, the seat of the chiefdom. According to a reportage on the website “UviraOnline”,  the ceremony was attended by several important Fuliiru politicians, such as Martin Bitijula Mahimba, a former minister, and Justin Bitakwira Bihona Hayi, a member of the national assembly. However, the event was highly controversial, not least because the national minister of decentralization and customary affairs had issued a letter that prohibited the installation of a new chief on the same day. This is an example of how different levels of the administration may take contradicting decisions, reflecting the fragmentation of the Congolese state apparatus.

What then explains the rather bold move to install Albert as acting chief? It is certain that internal divisions within both the royal family, the grassroots Bafuliiru community and political elites play an important role. Albert enjoys a certain degree of popularity, as many Bafuliiru believe that, when acting as interim chief during his brother’s studies abroad, he governed the chiefdom relatively well. Therefore, they hope that Albert will be able to bring socio-economic development to the chiefdom, where a large part of the population lives in severe poverty. This popularity, in turn, is one of the reasons for certain politicians and authorities, to step up pressure to install him as chief, hoping this might reinforce their own positions. The pressures exerted by these politicians should partly be seen in the light of wider political dynamics. For instance, one of the members of parliament alleged to be involved recently made a switch from the opposition to the pro-government camp. However, in the territory of Uvira, pro-opposition sentiments are relatively strong, implying that he is hard-pressed to convince his electorate.

In sum, the struggle over the throne in the Bafuliiru Chiefdom is difficult to qualify as merely a local customary power conflict. Not only is the conflict strongly shaped by supra-local actors such as provincial and national politicians, it has ramifications far beyond the customary domain. Customary chiefs are an integral part of both the Congolese state apparatus and elite networks, whose practices are moulded by national political dynamics such as the botched, yet on-going decentralization and electoral processes. For these reasons, it is crucial to ‘look beyond the local’ when trying to understand conflict dynamics that perhaps play out at the local level, but are rarely purely local.