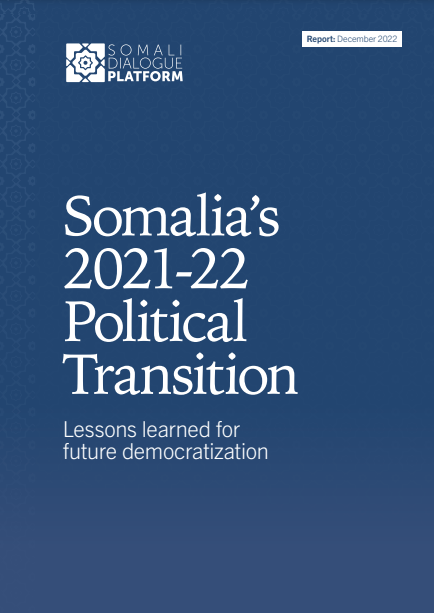 Since 2012, when the internationally recognized Federal Government of Somalia (FGS) replaced the Transitional Federal Government (TFG), Somalia has sought to expand its process for selecting its leaders towards more democratic forms. So far, progress towards universal suffrage has been limited, whilst electoral processes have become serious conflict flashpoints, distracting from other core state-building and development tasks.

Amidst a challenging context, the selection of political representatives and leaders for the FGS has repeatedly involved indirect mechanisms, as opposed to ‘one-person-one-vote’ (OPOV) elections, using the 4.5 formula of clan representation that the FGS inherited from the TFG. In 2012, 135 elders selected 275 MPs, who in turn elected Hassan Sheikh Mohamoud as President. While OPOV elections were part of the internationally backed ‘Vision 2016’ transition framework for the FGS under Hassan Sheikh’s administration, these ultimately proved unfeasible. Instead, President Mohamed Abdullahi Mohamed ‘Farmajo’ was elected in 2017 by MPs who had been selected via an indirect electoral mechanism involving clan elders and electoral delegates across every federal member state. Around 14,000 people participated in the 2016/2017 process, which was characterized by significant levels of vote buying and political interference.

After the peaceful transfer of power to President Farmajo, hopes were again raised at the prospect of conducting OPOV elections for the first time in post state-collapse Somalia. However, a significant expansion in the election model was ultimately unsuccessful. Instead, disagreements around the electoral process led to heightened political instability and conflict. When an election model was finally implemented, despite improvements on paper, it was subject to the same criticisms as the previous process. The start of a new political cycle with the election of Hassan Sheikh for a second term as President therefore presents an opportunity to reflect on this most recent process to avoid further conflict around elections and consider opportunities for expanding political participation going forward.

In this vein, this paper presents a series of lessons identified from the delayed and protracted indirect elections for Somalia’s Federal Parliament and Presidency that took place between 2021-2022. The paper is intended to inform dialogue among Somali political actors and the wider public on how the next political transition could be undertaken in a way that minimises conflict, increases free and fair competition and maximizes public representation.