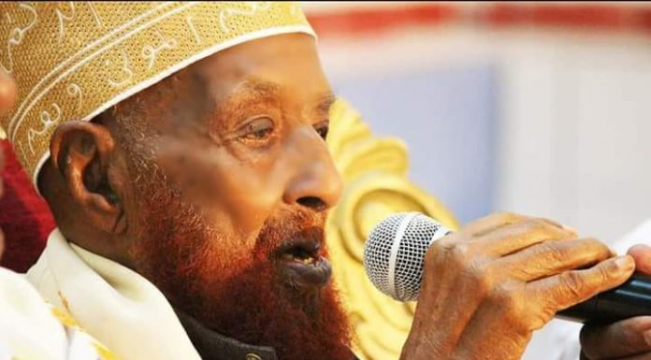 Haji Abdulkarim Hussein Yusuf, known as ‘Haji Abdi Warabe’, died in Hargeysa, Somaliland, on Friday 10 May 2019. His precise age is unknown, but local reports state that he lived to over one hundred. He was buried in a small village known as Toon, close to Hargeysa. Official delegations from Djibouti and the Somali region of Ethiopia, as well as colleagues from the Somaliland Parliament, attended the funeral.

In 1940, Haji Abdi Warab was appointed by the British colonial government as Somaliland’s Chief of Chiefs—known in Somali as Chief Aqil­—due to his perceived wisdom, peace-making skills and knowledge of Somali history and culture. He once noted that because he was appointed Chief Aqil at a young age, he spent his first thirty years listening to other elders and senior chiefs in order to learn from their skills in conflict resolution and reconciliation.

In 1993, Haji Abdi Warabe was one of the founders of the Upper House of the Somaliland Parliament, known as the House of Guurti (elders). Prior to this, he was one of the driving forces behind Somaliland’s peace and reconciliation conferences. These began in 1991 when the Somali National Movement (SNM) took control of the north-western region of Somalia and announced Somaliland’s independence at the Grand Conference in Burao, which all of Somaliland’s traditional clan leaders attended. During Somaliland’s inter-clan conflicts in the early 1990s, which mostly affected Berbera, Burao and Hargeysa, Haji Abdi Warabe spearheaded peace conferences between the warring parties.

Haji Abdi Warabe is credited with many well-known sayings. For example, he once said that statesmanship means ‘foregoing your share (over disputed matters) in favour of your opponent for the sake of the general good’. This statement encapsulates his approach to politics and peace-making.