Skip to main content
This Year in the Great Lakes|Home

This Year in the Great Lakes

This Year in the Great Lakes 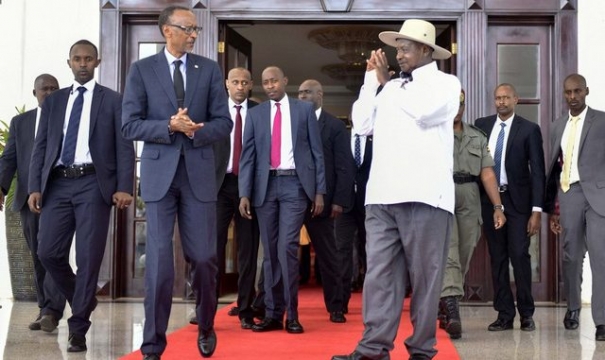 This blog post was written by Yolande Bouka and Marco Jowell, the Co-Directors of Studies for the Rift Valley Institute’s Great Lakes Field Course, which will be taking place in Ethiopia from 3-7 June 2019. Yolande and Marco will be joined by a team of leading specialists to explore the contemporary complexities of the region as well as the gamut of social, economic, political and security trends, drawing on deep history and local knowledge to inform debate and discussion. The courses are designed for policy-makers, diplomats, investors, development workers, researchers, activists and journalists—for new arrivals to the region and those already working there who wish to deepen their understanding. For more information on the Great Lakes Course and RVI's two other Field Courses—Sudan & South Sudan and the Horn of Africa—please visit RVI Field Courses.

In Burundi, President Nkurunziza has declared he will not stand in the next election in 2020 while at the same time repression of dissident and opposition voices continues, a clamp down on international NGOs and other international actors has occurred, and the country struggles with an ongoing economic crisis. Furthermore, the African Union (AU) has started an enforced drawdown of 1000 Burundian soldiers from AMISOM in Somalia with Bujumbura threatening to pull out its entire contingent of around 5000 if the drawdown occurs.

In Uganda, Museveni’s presidency continues after endorsement by the ruling National Resistance Movement (NRM) of his candidacy for the 2021 elections. Growing opposition to the military leader of over 30 years continues to grow—both within core circles of the regime and outside of it—in part due to perceived dynastic tendencies, such as the rapid promotion of President Museveni’s son, Lt Gen Muhoozi Kainerugaba, and the erosion of a once legitimate NRM party ideology. Domestic opposition has been met with a heavy hand—most notably the use of the military against the musician turned opposition figure, Robert Kyagulanyi, also known as Bobi Wine.

In the DRC, a delayed and contested election wrought with irregularities has resulted in the unique outcome of an incumbent regime accused of rigging an election in favor of an opposition candidate. The election of Felix Tshisekedi, son of the late Union for Democracy and Social Progress (UDPS) leader, Etienne Tshisekedi, heralds a new era in Congolese politics with the first ever peaceful transfer of power. At the same time, however, there is an enforced re-alignment of the elite bargain as Kabila seeks to retain significant influence and power, perhaps as part of a pre-arranged deal. In the recent Senate elections, Kabila’s coalition, the Common Front for Congo (FCC) won about 70 per cent of the seats, despite his successor candidate, Emmanuel Ramazani Shadary, garnering only 23 per cent in the presidential election. The security situation in the east continues to be volatile. Armed groups operate with near impunity, with suggestions of increased regional proxy support. The outbreak of Ebola in the Beni area has contributed to social vulnerability in an already precarious axis. The UN peacekeeping mission, stretched beyond it means, continues to try and address these existing and emerging threats.

In Rwanda, since Kagame’s re-election, several high profile political prisoners have been pardoned, including Victoire Ingabire, Diane Rwigara and Kizito Mihigo. Rwanda has sought to increase its international standing through positions in multilateral organizations such as Kagame’s chair of the AU, the large number of Rwandan soldiers on UN peacekeeping missions and the election of former Foreign Minister Louise Mushikwabo to the presidency of the Francophonie. Domestically, Kagame has successfully eradicated all immediate challenges and is free to pursue his socio-economic vision without opposition. Outside of Rwanda, opposition groups are more of a threat, such as the Rwanda National Congress (RNC) and the Democratic Forces for the Liberation of Rwanda (FDLR), both of which are active in the region and further afield. On the economic front, Rwanda continues to perform well with an effective technocratic governance system in place that prioritizes growth.

Western donors are struggling to maintain leverage on the increasingly authoritarian regimes in the Great Lakes region, whose desire to remain in power through formal, legal and informal means block efforts at governance reforms. Regimes have taken a tough stance on Western interference, as illustrated by Burundi’s withdrawal from the International Criminal Court and threat to pull its forces out of the AU peace support operation in Somalia. A deterioration in relations between Rwanda and Uganda and Burundi and Rwanda has potentially serious consequences for conflict and violence. Relations between Burundi and Rwanda are at a low point, with Bujumbura accusing Kigali of being an enemy of the state, and cross-border military activity in the region producing accusations of proxy support from regional capitals. Relations between Uganda and Rwanda are also at a low with the two regimes exchanging insults and accusations of abductions and assassinations on each other’s territory. While economic forecasts for most of the region are stable—due to rising commodity prices and the slowing down of inflation—it will remain a challenge to translate economic growth into benefits for the poor who make up the vast majority of the region’s inhabitants.

The Great Lakes Region is deeply interconnected to other parts of Africa and the world. Rwanda, Burundi and Uganda are important troop contributors to AU and UN peacekeeping missions and peace support operations. Political changes in South Africa, Zimbabwe and Angola, as well as the role of Regional Economic Communities and other regional initiatives, might influence and be influenced by events in the Great Lakes. Internationally, the success or failure of the UN peacekeeping mission in the DRC impacts discussions about the future of UN peacekeeping and US efforts to downsize their contributions to the UN. At the same time, the current volatility may escalate the waning of Western influence and the growing importance of other players, such as China, Egypt, Russia and Turkey.

The course takes an in-depth look at the histories, economies, societies and political orders of the DRC, Rwanda, Burundi and Uganda, while also exploring these from a regional perspective. At the same time, the course focuses on crosscutting themes, such as issues of leadership with divergent approaches to political legitimacy and governance, conflict, armed group mobilization, security sector reform and peacekeeping and peacebuilding, gender, donor leverage, and transitional justice.

A diverse team of leading international experts—both from the region and elsewhere—will lead an intensive week of lectures, working group sessions, panel discussions and films. The course also offers ample time for networking and informal discussions with teachers and participants.