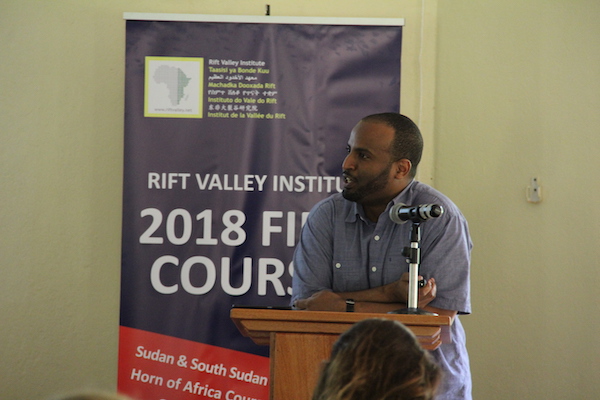 The 2022 Horn of Africa Course examines the Somali-speaking lands, Ethiopia, Eritrea, Djibouti and northern Kenya. It explores the historical and contemporary features that make the Horn one of the world’s most crisis-ridden regions. The Q&A brief provides a contextualised analysis of the regions main events as covered by the course.

The course will be directed by Michael Woldemariam and Peter Chonka.

What have been the most significant events in the region over the last year?

The evolution of the civil war in Ethiopia is particularly notable, not least because of significant shifts in the battlefield situation. In June 2021 a successful offensive by Tigrayan Defence Forces (TDF) led to the withdrawal of Ethiopian National Defense Forces (ENDF) and Eritrean troops from much of Tigray, a development that few predicted given the Federal government’s early gains in the war. A subsequent TDF foray into neighbouring Amhara and Afar regions, combined with surging Oromo Liberation Army (OLA) activity in Oromia, appeared at one point to threaten the capital. A convergence of factors then set the table for yet another major reversal, as Federal and allied troops were able to force a Tigrayan withdrawal into their region in December 2021. Although the war is now effectively in stalemate, dramatic swings in the military balance over the last 12 months have shaped and reshaped Ethiopia’s possible futures in fundamental ways.

Over the last year, politics in Somalia has been dominated by the slow and protracted progress of the indirect elections that will bring a transfer of power, or possibly a new mandate for incumbent President Farmaajo. At the time of writing, parliamentary elections (conducted by electoral colleges of clan elders and civil society figures) have almost been finalised, and these new MPs are scheduled to vote for a President on May 15. The outcome of this remains highly uncertain. The whole process – which has dragged on since 2020 – has been affected by the political manipulation of various elite stakeholders, and on several occasions has led to armed confrontations in Mogadishu that have threatened the wider political settlement.

Although delayed since 2019 - but again in contrast to Somalia - the de facto independent Republic of Somaliland successfully held one-person-one-vote parliamentary elections in May 2021, alongside local district elections. No party received an outright majority and the two opposition parties subsequently announced a political alliance against the ruling Kulmiye party.

In April 2021, Djibouti’s President Ismaïl Omar Guelleh was re-elected to a fifth term in office with 97 per cent of the vote. Most of the opposition boycotted the election, arguing that it would be neither free nor fair. Various tensions in neighbouring Ethiopia have spilled over into the country. In August 2021, a rare episode of fatal urban inter-communal fighting occurred in Djibouti City. The violence reflects ethnic tensions simmering in eastern Ethiopia as well as internal economic and political grievances around President Guelleh’s enduring political dominance.

What are the main (policy) challenges facing the region in 2022?

On Ethiopia, the key challenge remains the realization of full and unfettered humanitarian access to all conflict affected areas of the north of the country, and to Tigray specifically. A next critical step would be securing a durable negotiated ceasefire in the north, and a fully inclusive national dialogue that that can facilitate a country-wide political settlement. It is important to remember that Ethiopia’s crisis extends beyond what has transpired in the north, as violence, insecurity, and its humanitarian impacts continue to impact many parts of the country.

For Somalia, a central challenge remains the peaceful finalisation of the electoral process and the confirmation of a government with a mandate (the incumbent’s term officially expired in February 2021). Only at this point can the Federal Government (re)start work on building bridges with the Federal Member States with which it has been at loggerheads with over the electoral process, and accelerate the (ambitious) ‘Somalia Transition Plan’ that aims for the transfer of all security responsibilities from African Union forces to Somali security actors by 2024. Policymakers will also need to address the huge drought-related displacements that have occurred within Somalia during the prolonged period of elite political contestation over the last year. The threat of major famine remains and will depend on the current rainy season.

What are the potential consequences/relevance of these events beyond the region?

The Horn of Africa has always been a zone of strategic importance due to its proximity to one of the most pivotal maritime corridors in the world. Since regional stability is a global concern, the deterioration of the Horn’s inter-locking crises is likely to impact the interests of a range of extra-regional players. The humanitarian costs of conflict in Ethiopia and Somalia, as well as region-wide climate shocks, are also likely to put strain on a global multilateral architecture that is fragmented, exhausted, and pre-occupied with other global events (such as the war in Ukraine).

What role are donors playing to respond to events in the region?

Donors are engaged in humanitarian response and diplomatic efforts to resolve the region’s crises. Ethiopia has received the majority of diplomatic attention, with the US Special Envoy for the Horn of Africa, AU Envoy Obasanjo, and Kenya serving as the primary facilitators of backchannel talks between Tigrayan authorities and the Federal government. The US, and to some extent the EU, have also placed punitive measures on the table in an effort to elicit a change in behaviour from the various parties to the conflict.

Although Western donors have periodically put public pressure on political stakeholders in Somalia to follow through in good faith with the indirect elections, large scale manipulation and irregularities in the drawn-out process have occurred.

Ultimately, the efforts of ‘traditional’ donors in the Horn remains complicated by the influence of other extra-regional players that have a fundamentally different regional approach. This includes the Gulf states, Turkey, China, and Russia, some of whom have played a material role in Ethiopia’s conflict, and political contestation in Somalia.

At the same time, humanitarian agencies focused on drought in the Somali regions of the Horn bemoan a significant funding gap. According to a March 2022 statement from the UN Office for the Coordination of Humanitarian Affairs, only 3.2 per cent of the required $1.5bn funding for its humanitarian response to ongoing mass displacement and potential famine has so far been received.

What will be the highlights of the course?

The course will focus on the convergence of local crises in the Horn of Africa, headlined by the conflicts in Ethiopia and Somalia, and a number of important global forces. The latter includes climate change; great and middle power competition; the increasing centrality of social and digital media; global pandemics; and migration and diasporas.

Apply for the 2022 Horn of Africa Course