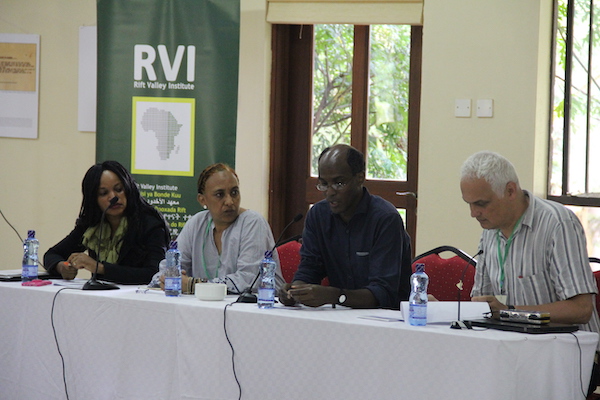 Update: Due to unforeseen circumstances, the RVI Sudan and South Sudan course initially scheduled for 4-8 July 2022 will not proceed at the moment. RVI is looking into the possibility of postponing it to a later date in the year and will keep this page/thread updated with new information over the next few weeks.

The 2022 Sudan and South Sudan course covers all areas of Sudan, South Sudan, and the borderlands between them. It provides an overview and current analysis of the causes of ongoing and historical conflicts in the Sudans and the prospects for resolution.

What have been the most significant events in the region over the last year?

Over the last year, Sudan and South Sudan have worked to keep peace and transitional agreements in place. In both countries, the various parties to these agreements have continued to jockey for power even as they only partially implement their respective sides of the bargain.

In South Sudan, in line with the provisions of the 2018 revitalized agreement, 2021 saw the leadership in South Sudan pushing forward with the appointment of political leaders at both the national and state levels, resulting in a reduction of conflict. However, despite this seemingly positive development, the struggle over security arrangements continues to slow down the unification of the armed forces, frustrate disarmament, demobilisation and reintegration, including difficulty in pursuing security sector and institutional reforms. Massive state insecurity and skirmishes rooted in the activities of tribal militias and armed cattle keepers continue to cause displacement and loss of life.

In the meantime, before the transitional government in the Sudan could carry out the agreed switch in leadership from a military to a civilian head of the sovereign council, the civilian Prime Minister Abdullah Hamdok and the other members of the sovereign council were arrested. These arrests sparked mass protests across Sudan, which continue until today. They have also led to the discrediting of many of the traditional civilian parties as power is increasingly divided between the security services and the street, represented by the neighbourhood resistance committees spread across the country. In a surprise, several of the signatures to the Juba Peace Agreement, which was meant to end the conflicts with the various rebel movements that had opposed the Bashir regime, sided with the military against the civilian protesters.

Sudan is now in a tense situation where mass civilian protests are taking place on one side, but on the other there exist serious tensions between the various military, paramilitary, and former rebel forces. The country is tense and awaiting the outcome of this power struggle.

What are the main (policy) challenges facing the region in 2022?

The ongoing events in Sudan cast doubt on the promise of anticipated political, democratic, and military transitions – deepening mistrust, dimming hopes and the unwavering commitment of the Sudanese people to realize a civilian-led democratic government. The international community remains sceptical and hopes that forthcoming decisions on government formation, high-level appointments and the establishment of transitional institutions will be approached in an inclusive manner and in ways that seek a common way out of the crisis.

For South Sudan, the delay in the implementation of security arrangements and other provisions of the 2018 agreement, fragility of the state and helplessness of civilians are tied to inadequate funding. The international community has made it clear that preconditions must be met by the South Sudanese political and military leadership before funding allocations can be made to the implementation of the agreement, leaving the peace deal in an extremely precarious state. Two main policy challenges stand out for Sudan and South Sudan, 1) How the largely military government in Sudan will shape the transition and consider inclusion of the civilian majority and what transitional institutions will look like; 2) Consolidating peace and stability largely depends on how the military is able to regain the trust of the civilians and keep the promises of the 2020 Juba Agreement.

In South Sudan, two similar policy challenges remain critical: 1) pushing forward with the complete implementation of the security arrangements in the absence of funding by the international community; and 2) meaningfully embarking on peace building, post-conflict reconstruction and recovery even when the state lacks revenue and depends on humanitarian funding from donors.

What are the potential consequences/relevance of these events beyond the region?

In both countries, uncertainties continue to mar the promise of both the 2018 and the 2020 agreements. If the lack of political will and political games continue to affect the implementation of security and other provisions of the revitalized agreement in South Sudan, and if the military remains intent on dominating the current discourse and decisions about the future of the Sudan, then fragmentation is likely for both countries. Deepening distrust of political and military leaders by civilians is increasingly prevalent in Sudan and South Sudan. Popular protests by civilians may increase and the military could use excessive force to silence critics – the end result will be a collapse of the 2020 agreement and a complete take over by the military. In South Sudan, constant political stalemate experienced at each juncture of the implementation of both security and other provisions will result in a collapse of 2018 revitalised agreement, increase in insecurity by both state and non-state actors. In either scenario, a possible outcome is increased violence causing possible mass migration out of the countries to neighbours and onwards to the Mediterranean and Europe.

What role are donors playing to respond to events in the region?

Donors have engaged bilaterally and as a bloc to these events to push both governments to adhere to the provisions of the 2 agreements; call for political dialogue for all parties concerned and on the humanitarian front; continue to fund humanitarian interventions by providing funds to support persons displaced by conflict and flooding, and peace building interventions along the triple nexus theory. Despite donor-led interventions, long-lasting peace and stability is only possible if politicians and military leaders in Sudan and South Sudan engage in dialogue to make concessions and compromises.

What role should/can donors play in the region right now?

A reassessment of the current state of affairs in each context is critical so that donors can assess the extent to which the provisions of countries respective peace agreements have been implemented and find ways of re-engaging with political and military leaderships. 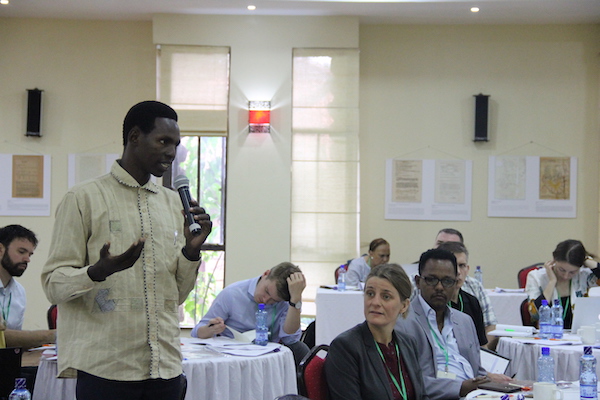 What will be the highlights of the course?

The 2022 course will provide a week long interactive forum for policy makers, diplomats, researchers and academics to review the current dynamics in Sudan and South Sudan and forecast possible scenarios of what’s to come. This year’s course will examine the possibilities for peace-making and peace-building frameworks in the Sudans and provide an opportunity to assess how they might achieve political, social and economic stability.